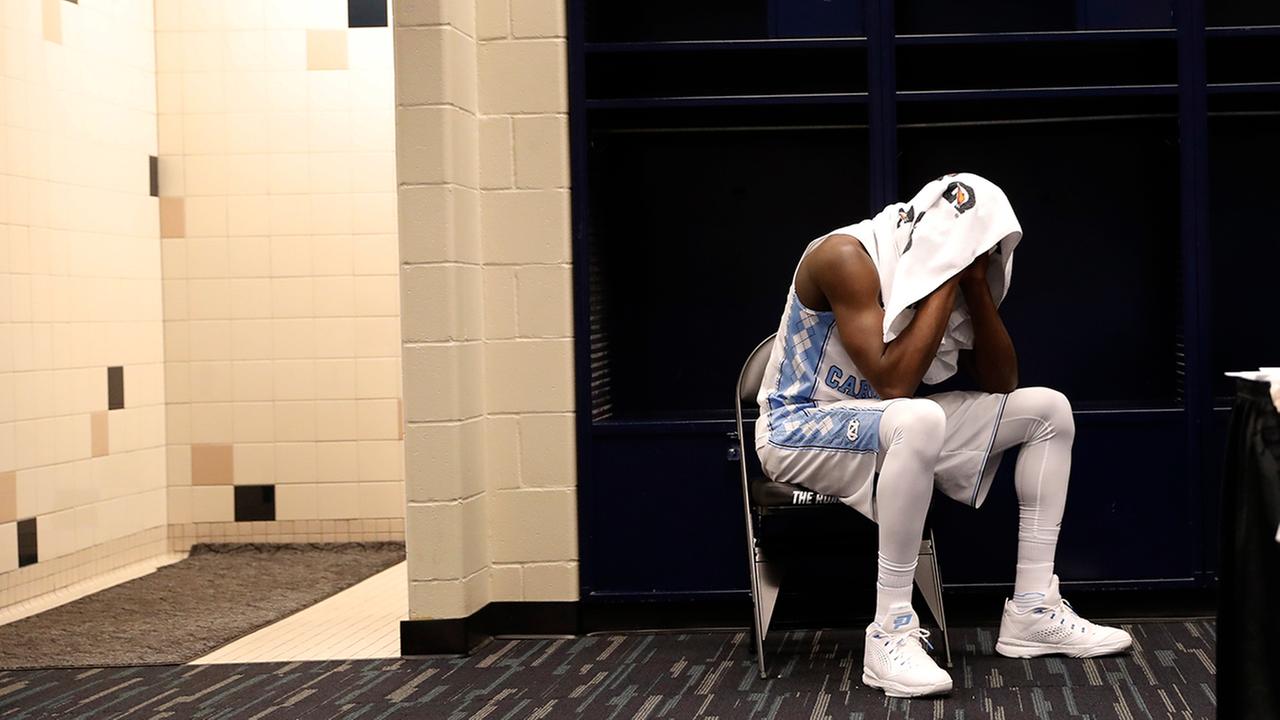 September 2006 – Lost to rival Saddleback Valley Christian on the last play of the game after starting 3-1 (the program was 0-10 in 2005, the year before I got there)

If you coach long enough, you’ll have a devastating loss.

If you coach longer than “enough,” you’ll have more than one devastating loss.  Those above are some of mine.

The NCAA Men’s Basketball Championship game this past Monday night was a devastating loss for North Carolina.  They put up a fierce fight to tie the game with just a handful of seconds left.  Most in the building, and most watching, thought that the game would be going to overtime.  But Villanova’s Kris Jenkins had another idea.

The North Carolina coaches and players handled the loss with class, as I expected.  Their Head Coach is a class act.

But how do you help a team rebound after a devastating loss like that?

Here are 2 steps that I think help a team move past the loss, and on to the next year.

The worst thing that can happen from a big loss like that is allowing it to carry over to the next year.  Coaches must be proactive in combating that “hangover effect.”

There’s nothing that you can say the night of the game that will take that sting away, there really isn’t.  Now isn’t the time for “Let’s be thankful for the season we had,” or “Take great pleasure in getting this far, you battled so hard, be proud of the season you had.

The key on THE NIGHT OF of the loss is to simply love your kids.  Just give them a hug, all of them.  Make sure to let each kid know that you care about them.  Let them know that they are an important part of the team.  Reassure them that you care about them more than wins and losses.  Make sure that they know their value as a person, as an athlete is not wrapped up in this loss.

A reassuring hug, embrace of an athlete who missed that winning shot, or goalie who allowed the winning kick, kicker who missed the game tying extra point, etc. etc. will go a LONG way for that young man or woman’s life and well being that night.

Don’t let the kids leave the locker room without knowing you care about them, and that this loss isn’t going to ruin that.

Get your kids together.  I like to let the kids know that we will have a meeting the next day after this big game.  Whether it is a Championship game at the very end of the season, or a big rival homecoming game in the middle of the season, it’s always great to have a plan in place for the “big games.”

If you win, it’s a time to get together to celebrate that win.  Debrief the game, watch the film, learn from it, etc.

If you lose, it’s a time to get together to forecast the future, and to put this game behind you.  Now is the time to put the game in perspective.  Sure, the sting of the loss will still be there.  That sometimes takes a while to go away.  But you need to start to put this loss behind you, and I think it’s key to do this the morning after the game. 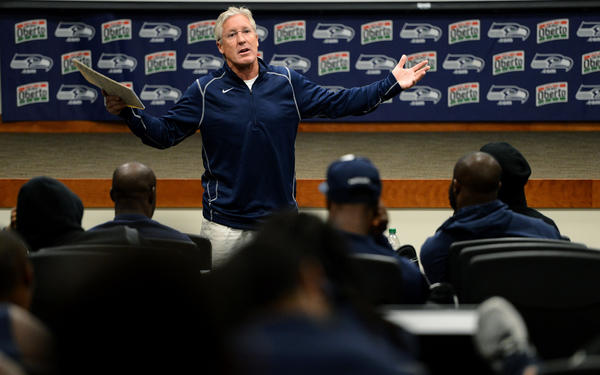 It is important to start to put this game behind you so that you can move on.  Athletes, parents, administrators, the media, friends, family, community members, etc. etc. might be questioning these athletes with questions about the coaching decisions, or the play making decisions of other athletes.  This type of questioning can lead to doubts about the direction of the program.  The morning after is the time to dissect the loss, and forecast the future of the program, in part an attempt to squash this negative thinking.

A few important questions to ask your players in this meeting:

1.  How did you feel last night after that loss?

Let them talk, let them get the weight of the loss off their chests.

2.  What could we have done differently in our preparation to avoid this loss?

I believe it important for the staff and kids to evaluate the week leading up to the game, the practice and preparation time leading up to that game.  You might be surprised at the feedback you get.  And of course there is a chance that you could have not done anything differently, it’s good for everyone to hear that too.

3.  How do we get past this as a group, and move on to the next week/game/season?

Again, let the kids talk.  It’s important for everyone to share their ideas here, and to discuss this as a group.  This question will get them turning the page, and thinking ahead.  This is a good time to press the reset button if you are in the middle of the year, or start to set your goals for the next season.  If you have great leadership, the kids will really be able to start to put this loss behind them with this question. Make sure that you, the head coach, has a plan for this question.  Do NOT ask this question if you don’t have a road map, because they will all be looking to you for the answer.