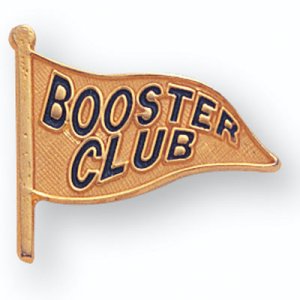 Who doesn’t need money this day and age?  Public schools have been hit hard by state budget cutbacks.  Private schools have lost kids to public schools because of their tuition.  I’ve been in both private and public schools the last few years.  I’ve spent most of my career in the private school sector.  We had to do quite a bit at those schools with a booster club.  Both privates I worked at were basically just starting a booster club when I got there.  So, it was fun to see them grow over time.  Booster clubs are key to the success of an athletic program!

If you have been around an Athletic Department long enough, you know that fundraising is as important an aspect of the duties of a Head Coach as anything else.  Just as important as ordering balls, or hiring coaches, is the ability to bring in revenue from a variety of resources.

Traditionally, a Booster Club is great way to get your stakeholders involved in raising money for your programs.  With thirteen of high school coaching under my belt, at four different schools, I have seen great Booster Clubs, average Booster Clubs, and poor Booster Clubs.

What makes a Booster Club great?

On the flip side, what makes one poor?

A poor Booster Club is one that drains your time and effort as the person who is virtually in charge of this vital aspect.

I grew up in a community who seemed to live and die with the success of their football team – Fallbrook, California.  Fallbrook High School was in one of its heydays in the 1980s when I was going to their games every Friday night as an elementary and junior high youngster.  Most of my friends went to play on this big dirt hill.  I went to watch football!

In many years, it was like what you saw in the movie Friday Night Lights.  When the team was playing, the town shut down!  Local businesses would decorate their storefronts with red and white balloons to support the Warriors every Friday.  In a community like this, the Booster Club usually thrives.

We had ONE high school in town, the Warriors were the only show.  In an environment like that, Booster Clubs do very, very well.  And from what I remember as a player in the program, it did thrive.  I remember the Booster Club doing a lot of things for our coaches and players.  They would provide meals, clothes, jackets, hats, trips to UC Santa Barbara and UC San Diego for our two a days.  They would have a party after every home game at one of the Booster’s homes.  Players and coaches alike would go to have some late night Mexican food and beverages.  I would consider it a great Booster Club.  In fact, it motivated me to give back to the Booster Club when I was older, while coaching at another school.  In fact,  I donated my entire coaching stipend from my first year as a Head Coach, back to the Fallbrook Football Boosters as they were raising money for a new turf field.  I’ve never said that publicly, and only do now to prove a point: good Booster Clubs motivate people to give, and to give back.

On the flip side, I worked at a school where we had a really difficult time just getting parents to show up for a Booster Club meeting.

There was not a strong tradition of winning there, and there was not a sense among the parents that they needed to support the players and coaches with what they saw were “extra” funds.   I would consider what I saw there as a poor Booster Club.  It was a poor Booster Club because the coaches had to do everything; that’s a dysfunctional Booster Club in my opinion.  It took us several years to build up parents to help serve on the board, and then help to put on events.  That Booster Club sucked a lot of life out of the coaching staff.  It wasn’t Boosters; it was coaches doing fundraising.