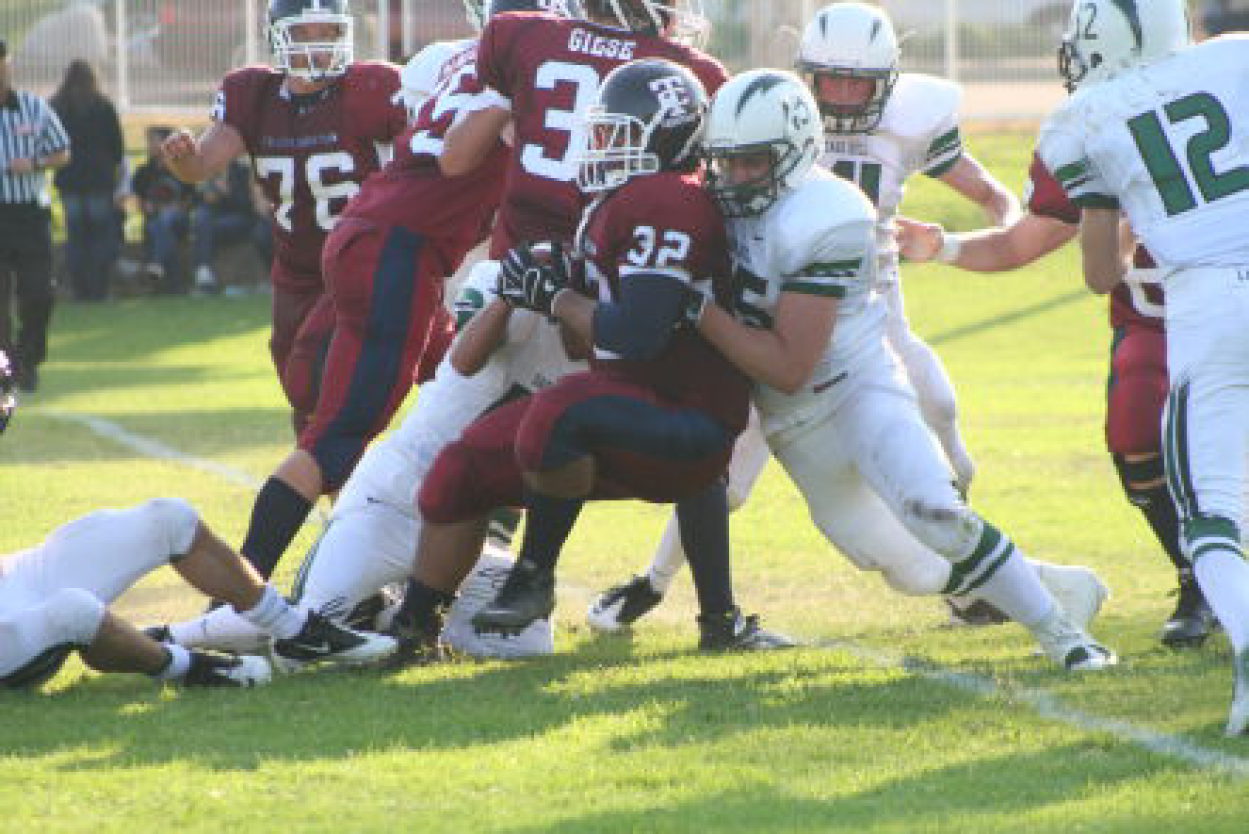 I’ve been working on this 3 Part Series about working with parents. There isn’t a doubt in my head that EVERY single coach in America has had at least ONE negative contact with a parents, right?  Am I close?  Oh, it’s one per week for you?!

For the third part, I want to share something that I’ve used twice in my career as a Head Football Coach.  This tactic is 2 for 2!  Most would call it an “outside of the box approach.”  And I would agree with that.

However, with some parents you just simply have to “fight fire with fire.”

The first time I used this tactic, quite honestly, it came out of a little spite and anger.  It was one of those situations where you just throw your hands up and say “I’m SO tired of dealing with these emails from Mr. ___________ that I would rather be harvesting seaweed right now!”

Then it just came to me: let this genius of a football coach who happens to be a dad come out to practice to see how bad his son is first hand.  (I’m being sarcastic when I say he was a football coach because he wasn’t.)  This dad played high school football, that was the extent of his football career.  And he was quick to point out in at least 25 emails in the first two months of the season that he also played the same position as his son: linebacker.  One of his lines “So, obviously, I know what I’m talking about.”

We ran the 44 defense: 4 linebackers and 4 linemen.  We had eleven or twelve linebackers on our team fighting for 4 starting spots.  His son was a junior, and this was a varsity team.  My linebackers coach had evaluated all of the linebackers for three weeks of training camp.  Our defensive coaching staff agreed that this kid was probably the ninth or tenth best LB; most definitely NOT a starter.  Dad didn’t like that.  He totally disagreed with our professional assessment.  How he disagreed without ever watching his son practice one time was absolutely beyond us as a staff.  Dad had seen our scrimmage, that’s it.  He saw about 40 plays total for the year and then started emailing me about why his son wasn’t a starter. Our policy was VERY simple:  I don’t discuss playing time with parents unless the kids are there, then we will meet together to discuss why your son isn’t starting.  This is AFTER you have asked him why he isn’t starting.  If your son doesn’t know (which is rarely the case), then we will all three sit down to talk.  He didn’t like that policy, and demanded a meeting.  I said no, to the request for a meeting about 20 times via email.

Finally, I snapped!  I invited dad to practice!  “Mr. ___________, Since you do not respect the professional opinions of our coaching staff, and fail to trust that we know how to evaluate high school football players, (something that we have more than 60 years of combined experience doing), I invite you to come watch one 15 minute session of practice, to evaluate your son against the starters for yourself.  You can do this at any Tuesday or Wednesday practice, but I need to know 24 hours in advance.  Thank you, Coach Fore.”

I heard back in about 5 minutes, he would be at practice the following day.  BINGO!  I told my linebackers coach to simply run practice as normal.  Put his linebackers through his EDDs (every day drills) just as he would any other day.

The day came.  I was nervous, I’m not going to lie.  I didn’t want this father causing a scene first and foremost.  He showed up, and I greeted him and thanked him for coming down. He thanked me for the opportunity.  I asked him “What do you think makes a great linebacker?”  He talked for about 15 minutes about the ability to read and react, it was an average answer at best.  I told him we were going to watch one 15 minute defensive individual period, and then he would rank the linebackers for me.  We stood about 10 yards from they were working out, on the sidelines.

As my coach put his players through his steps a few things happened:

1.  His son was the only one to hit his feet on Agile bags during a drill in which they stepped over bags.

2.  His son dropped two interceptions thrown at him.

3.  His son read the wrong person three out of six snaps during another drill.  (He was reading the back when he was supposed to be reading the guard.)

4.  His son fell twice while wrapping up a sliding bag on a Rogers open field tackle machine.  (Only 1 other LB fell 1 time.) After about a 17 minute individual session involving about 5 drills, this father looked me in the eye, shook my hand and said “You won’t hear from me again.”  Then, he left!  That was it.  Very, very simple!  His amateur “coaching eyes” saw that our professional opinions were correct.  And that was just a 17 minute session, just one practice on your average Wednesday in the first part of the season!

It was a great tactic!  One I had not thought a lot about.  But one that I’ve used twice as a Head Coach.

The second time was with a freshman quarterback.  This kid had been a starting Pop Warner QB, and a very good one at that according to his father, who also served as his head coach for four years.  After two weeks of hearing dad complain that his son should be the starter over the sophomore we had in place (this was a frosh/soph team), I invited dad to practice!  I told him, we are just going to watch for 5 minutes.  Dad was there later that week.  This kid went on to transfer schools two years later, and started as an 8 man quarterback at a much smaller school.  That was his junior year.  He was a good athlete, even a better than average athlete.  But this kid was gun shy, and I think afraid of high school football.  Every time he got under center, he would just freak out.

That day dad came to watch him, he took six snaps during team offense.  He did the wrong thing on FOUR of those snaps!!  Two times he pivoted out the wrong way (we were a wing t team with the QB under center).  One time he handed the ball off when it was supposed to be a play action pass.  And the last mistake was that he waggle the wrong way!  6 snaps, 4 CRITICAL errors!

After the last snap, dad looked me in the eye, shook my hand and said “Coach, I need to have a long talk with my son, I don’t know what is going on, but this is ridiculous.  He looks awful.”    I agreed.

So, there you have it.  This is a tactic that might be worth using IF and ONLY IF you know that you are absolutely correct in your ability to manage it.  If the kid is on the fence as a starter, I wouldn’t do this!!  I’ve encouraged other coaches under my watch as an Athletic Director to do this, and they have.  A few basketball players and a few baseball players.

It has worked without fail every single time!  It might be THE BEST TACTIC for you to use.  You just need to be smart about it!  Let the proof be in the pudding; don’t get your emotions in to it when you are right!