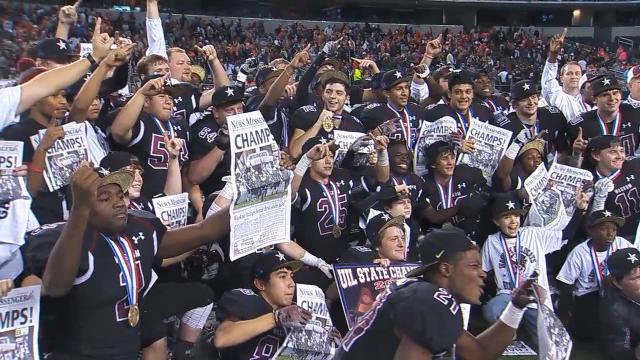 Head Coach Whitney Keeling led the program to a perfect 16-0 record, and the program’s second straight Texas State Championship. Before he over the Wildcats Football Program, they won just 25% of their contests from 2006-2011; they were 15-45.  Since Keeling took over, the Wildcats have gone 49-9, an outstanding 84% win percentage! Im not 100% sure what we do different I feel like our offensive scheme and defense scheme is tough to prepare for and it gives us advantage.

Gotta get kids to believe in what you are doing. Sell the program.

Kickoff; we onside kick about 85% of the time to get the ball back.

Overcoming the losing mentality that was here for 23 years

Thank you Coach Schroeder for participating in the CHAMPIONS LOCKER ROOM Series, and congratulations to your team, State Champs!