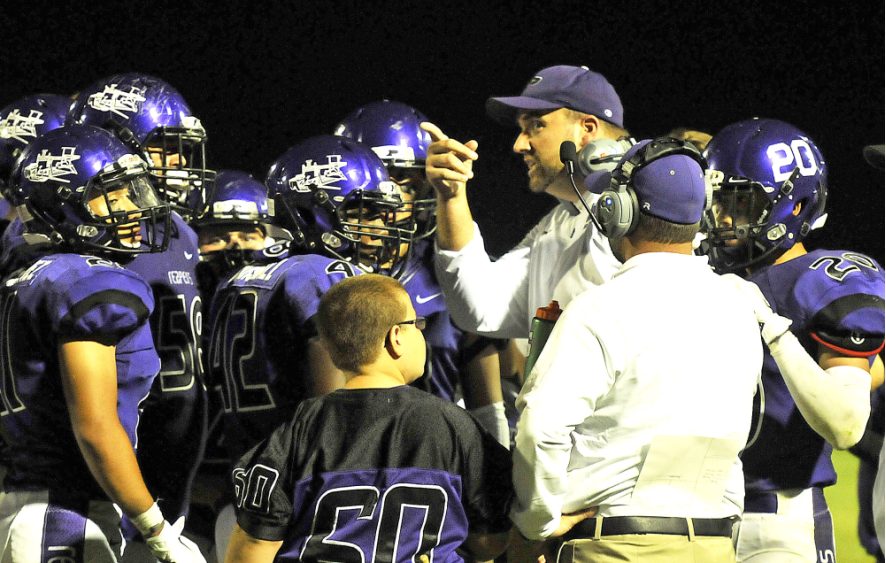 I really enjoy providing great information for coaches.  I get 1-2 blog ideas, or articles from coaches per week.  And I’m very selective of what I want to put in front of my readers. Page views do nothing for me.  I’m more concerned with quality over quantity!  This is a GREAT article!! Thank you Coach Kunz for this wisdom!  – Coach Fore

This is my first time writing for Coach Fore, so for a brief introduction, I played high school ball at a small town in southern Illinois, was a member of the 2001 National Champion Miami Hurricanes, played on various indoor teams and had a short stint in the Canadian Football League.  I’ve been the head coach at Plano High School in northern Illinois since 2013.

I once had a coach who would say, “You don’t out-coach teams, you out-program them.”  When people talk about high school football programs, the “buzz-word” for what goes on in a program is to talk about culture.
“What is the culture of a program?”
This question is one every head coach should ask and evaluate frequently.  A coach should be willing to ask others around the program their feelings on the culture, taking their opinions with a grain of salt, realizing that many of the most opinionated people have the least knowledge of what it takes to run a program, or why you have the goals you have as a coach.  But, these opinions should at least be heard so that maybe something good comes from them. We are all human, which means each of us has an ego in one form or another.  As a coach, I preach to my players that each and every one of them has a role on this team, and whether they accept it or not, their role is as important as everyone else’s.  A team that is able to believe that can accomplish anything, however, that belief will hold no water when there are coaches on the staff who will act as if they are undervalued and under appreciated.  In order to have kids come to practice everyday and feel like their work is important, coaches must come to work acting as if their work is important.

Family comes first, no question, but, when coaches are willing to miss practices, banquets, meetings, clinics and other program related items for something avoidable like a scheduled, non-emergency doctor’s appointment, a concert, a sporting event, a men’s league game, or because they’re worn out, how can we expect any of our players to take things seriously such as showing up to practice on time, or paying attention in meetings.  However, the coaching staff should be a brotherhood that is willing to find ways to cover for each other when it comes to going to watch your son or daughter’s games, family emergencies, family trips, or times in general when coaches should be with their families.  Be efficient, don’t waste time! Burn out is something that happens in all aspects of life.  It is rare, however, for kids to truly experience this.  The only time I have ever heard a kid speak of burnout is after I heard a coach talking about being burnt out in front of some players.  If you tell a kid they’re doing too much, they will believe you.  Toughness begins with the coaching staff.  When a staff is not tough enough to push through a mild bout of “burnout,” the players will follow suit.  Toughness is only taught through example and the willingness to go beyond expectations that you hold your players to.

I have seen coaching staffs at high schools with 20 varsity coaches and schools with 2 varsity coaches.  There are tons of different situations out there but when coaches choose to do something whether it is in a game, practice, or otherwise, and they feel as though they do not have enough help, and they act as if they do not have enough help, chances are, what they are doing is too complicated.  When a coach treats other coaches on the staff as if they are not enough, it causes players to choose sides and can get ugly quickly.  If a coach messes up on a drill, or on scout team, or in planning for a game and their efforts are not enough for you, ask yourself what more could you have done to make them enough for you.  Sometimes we need to draw up scout cards, walk coaches through drills, and do extra in order to catch a coach up to speed, but if we act as if that coach is incompetent, you might as well never ask them to do another thing while the current set of kids are there, as they will lose respect for you, or the coach which is not enough. 5. “No one person is more important than the team.”

This is one that a lot of coaches may disagree with me on, but I guess that this is an issue of why a coach coaches.  I tell my players that it is our job as coaches to put each and every one of the players and their lives ahead of our program, and in this partnership, their job is to put the needs of the program ahead of their own.  There is nothing worse than feeling like a coach cares more about winning, scoring points, shutting out other teams, and furthering his career when on the other hand the coach talks about how important it is for him to turn young men into great husbands, fathers, and community members.  Make the kids know that you care about them more than your legacy, and in fact, they are your legacy.  Hypocrisy in this area will be disastrous in the long run.  The most important kid you will ever coach is the kid who needs the program more than the program needs him.

Granted, there are many other situations and reasons that a culture is not where the coach wants it to be, but these are five that seem to be prevalent in today’s coaching climate.  If you can get a staff to buy in to these five basic attitudes, you will see the culture of your players begin to emulate that of your staff.  Whenever there is dissatisfaction within your program, promote an attitude that complaints should not come unless followed by actions to fix those problems.
Post Views: 680