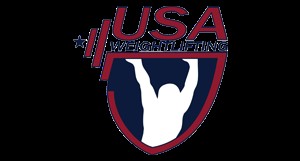 This is a guest post from Coach CJ Del Balso.  You can follow him at @coachdelbalso.  He runs Lone Star Weightlifting Club in Texas.  He is a DYNAMITE strength coach.  I hired him back in 2007, we worked for four years together in South Orange County.  He has developed quite a few Olympic weightlifters who have won National Championships with USA Weightlifting.

As a follow up to the 3-part series on the effectiveness of the Olympic lifts for developing sport-specific power, I wanted to share some practical resources for getting started with teaching the lifts correctly. As I illustrated in my previous posts, the Olympic weightlifting movements can be extremely effective for developing the type of strength and power that transfers to improved sport performance; however, this effectiveness is dependent on the movements being taught and performed correctly.

As with any teaching situation, it is critical to remember that athletes will typically mimic what they see the teacher/coach demonstrate in terms of movement technique. If the demonstration is incorrect during the learning process, athletes are not going to magically figure it out and perform the movement correctly. For this reason, it is vital that the coach in charge of introducing new movements in a strength program is proficient in teaching the technical components of the Olympic lifts correctly in a group setting or have someone that is capable of doing so. With that being said, the objective of this post is to provide some useful resources for any coach seeking to learn how to both perform and teach the Olympic lifts correctly.

First and foremost, I recommend that any coach seeking to teach the Olympic lifts take the Level 1 Sports Performance course offered by USA Weightlifting (the national governing body for weightlifting in the U.S.). The purpose of the course, as stated on the USAW website, is “to take all participants through complete technical progressions of the Snatch, Clean & Jerk, and all associated movements including Power Snatch, Power Clean, Power Jerk, Squat variations, and pulling progressions.” This course typically includes a significant hands-on component which is essential for any coach wanting to learn how to teach these movements correctly. For more detailed information on this course, visit the following link: If taking this course is not a feasible option, my next recommendation would be to find an experienced weightlifting coach in your area whom you could spend some time with learning the lifts and how to teach the technical components correctly. A directory of all the weightlifting clubs and coaches throughout the United States can be viewed on the USAW website at the following link:

Finally, if neither of the above mentioned options are possible for your situation, I recommend at least purchasing a good instructional video that will teach you the step-by-step progressions for learning and teaching the lifts. The following video is an excellent alternative: Although it does take some time to learn the technical components of the weightlifting movements and implement them into a strength and conditioning program, the payoff is well worth it if your goal is to develop more explosive athletes who perform better in competition.