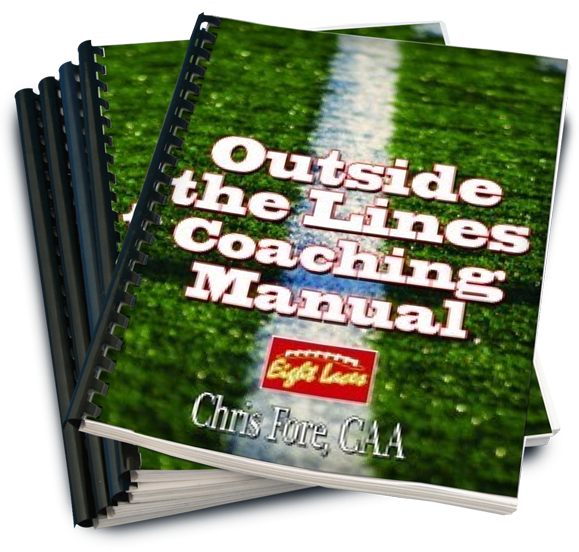 Not just a shameless plug, but very honestly, if you are a first time Head Coach, this manual will save you HOURS of time! Only $19 at www.eightlaces.org

I get a lot of emails, DMs, etc. from coaches all over the nation.  I really wish I could make a full time job out of communicating and helping coaches nationwide!  Unfortunately, my wife wants me to have a “real job that pays the bills!”

BUT, I had a thought this weekend about doing “mailbag” posts when I have some that might apply to a bunch of you at one time.

Here is my first shot at this “mailbag” series!

I will NEVER post your names, the school you are from, and in most cases not even the state.  These two one sentence questions below come from long emails.

From an Athletic Director point of view, do you think many schools would consider hiring a guy as an IT technician by day, coach after school?

The best coach I’ve hired in 8 years as a Head Coach and 6 years as an AD was our “Director of Classroom Technology.”  He was hired as an IT guy, and after one year, he was so dynamite at that job, they had him start training teachers and students with our 1 to 1 I pad program, and he was given that title.  Teachers were to report to him about how they were using technology in the classroom. He reported directly to the principal.

SO, having said that, it definitely can happen.  Now, the other side of it is this: I hired a head soccer coach here at this school I just worked at for the past 18 months, and he was looking for a job. He was an IT guy at a NCAA D3 college where he was also the head boys soccer coach. But our Human Resources dept. said no, because the IT job was basically an 8-4 job, and he would have to leave early on game days.  A little different from football.  But if the IT job has specific hours, and football practice starts during those hours, that will be the rub.

That first school I told you about, it was a private school who bended over backwards to get coaches on campus.  He was an excellent coach, and excellent at IT stuff.  So, the admin saw value in him to do both.

Does this make sense?  It’s a tough question.  It’s not black and white.  It’s all going to come down to the administration and their support of athletics, period.

Those are two examples of how the pendulum can swing on this issue.

I’m wondering if you have a list that shows me what are the first things that need to be done in the first 100 days?

I don’t have one for 100 days, but I do have one for the first 30 days in “The Seat!”  I created this back in 2006 when I was asked to interview at Capistrano Valley Christian Schools in San Juan Capistrano.  I went to my interview with this “First 30 Days On The Job” handout for the panelists.  It helped them to see my organized side, my visionary side and my ability to handle the job at hand.  (This is in no particular order.)

Day 30 (or so) – All Coaches meeting to cast vision for the future of the Football Program, and share findings of stakeholder meetings, surveys, etc.

(This document above is just one document of about 105 in my OUTSIDE THE LINES COACHING MANUAL.  This is a PERFECT manual for any first time head coach. I put this together from 8 years of experience as a head coach.  It has more than 100 documents, forms, templates, etc. for you to use right away upon an instant download!  You can find this form at www.footballforms.com)