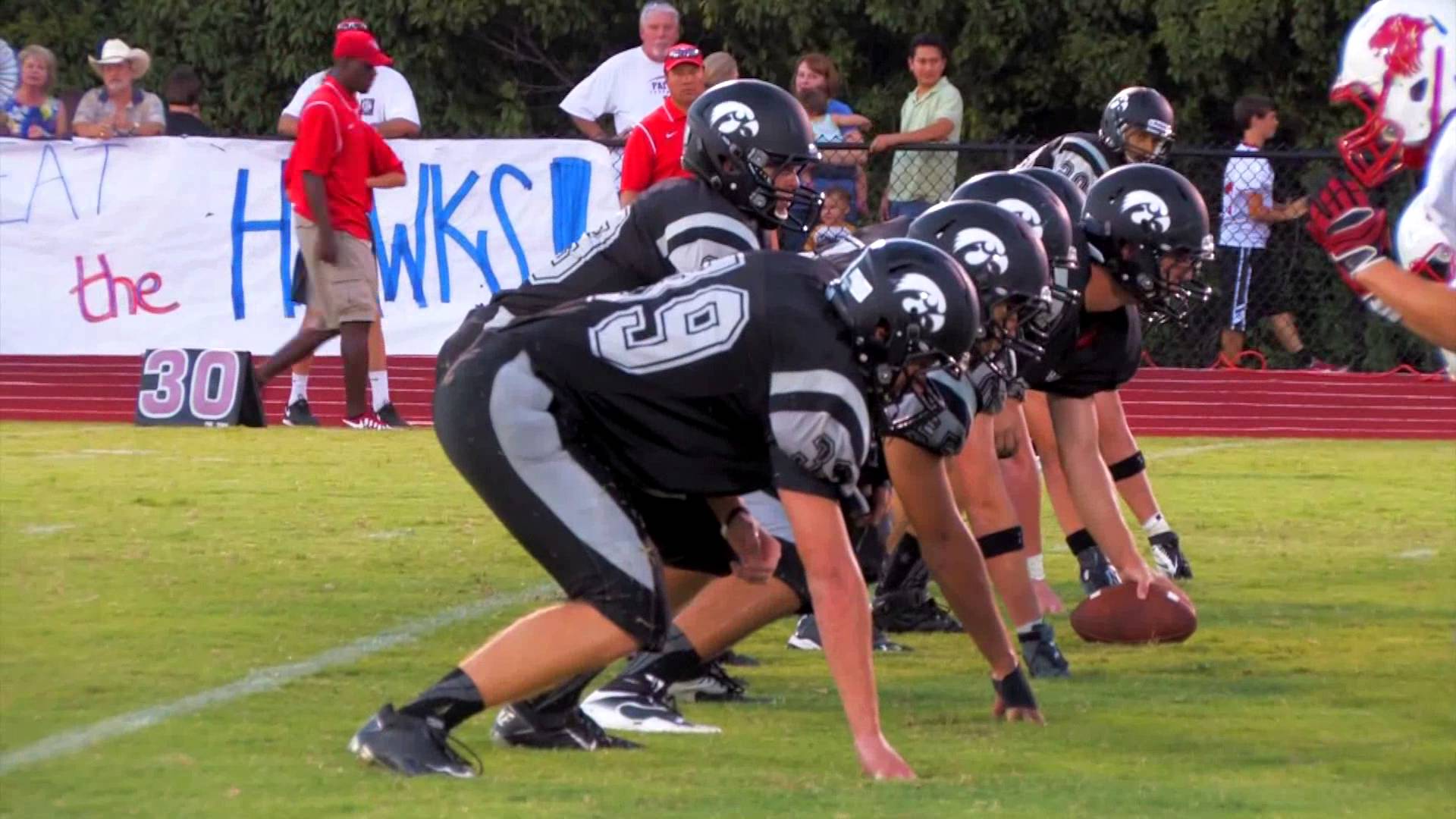 This is a dynamite guest post regarding off season lineman work.

Thank you to Strength and Conditioning Director and Offensive Line Coach James Burk at Cistercian Preparatory School in Irving, Texas for this write up!

Coach Burk has been at Cistercian Preparatory School since the beginning of the 2014 season.  Prior to coming to Cistercian he has served in a variety of positions at the high school and college level the past 17 years.  If you have questions feel free to contact him at coachjburk@sbcglobal.net and follow him on twitter. DOMINATING THE LINE OF SCRIMMAGE IN THE OFF SEASON

During this time of year every team is doing everything they can to help prepare their team for success on the field in the fall.  Whether it is developing a leadership council, having quarterback meetings, competing in 7 on 7… But what are you doing with your offensive lineman beyond the normal strength, power, and agility development to help them get better?  Extra work can be done outside of the normal off season workouts.  While your skill guys are taking time to hone their skills with 7 on 7, prepare a plan to help your offensive lineman.

These movements also provide an opportunity for the lineman to hear the same cues and execute the same movements that will help them during the season.

CHOICES ON HOW TO IMPLEMENT:

Let’s take pass protection as an example of how to incorporate between workouts.

Incorporating offensive line movements into your physical training during the off season provides you another opportunity to utilize your coaching cues with your players.  Below are some of the cues we use for pass protection, use whatever cues you utilize during the season to continue to ingrain the technique you are looking for.

Stool = bend knees and hips as though sitting in a stool

Nail = imagine hammering a nail with the back of your head, which will help get shoulders back

6 INCH STEPS = if the right foot moves laterally, the left foot also moves only 6 inches.  This helps avoid “heel clicks” and limiting lateral movement so that they can “cover up” the defender.

THUMBS UP – thumbs up when punching, which will allow striking with the butt of the hand

GUNS IN HOLSTER – I believe in carrying low hands , referring to the belly button area as the “holster”.  This allows for a low to high punch which will help the shoulders go back and gain leverage when landing the punch

75% – We teach only reaching 75% extension on the punch.  When getting full extension it tends to shift bodyweight towards the toes and forces shoulders to come forward

Do YOU have an idea for a guest blog?? I would love to hear it! DM me on Twitter, or send me an email at coach478 @ gmail .com