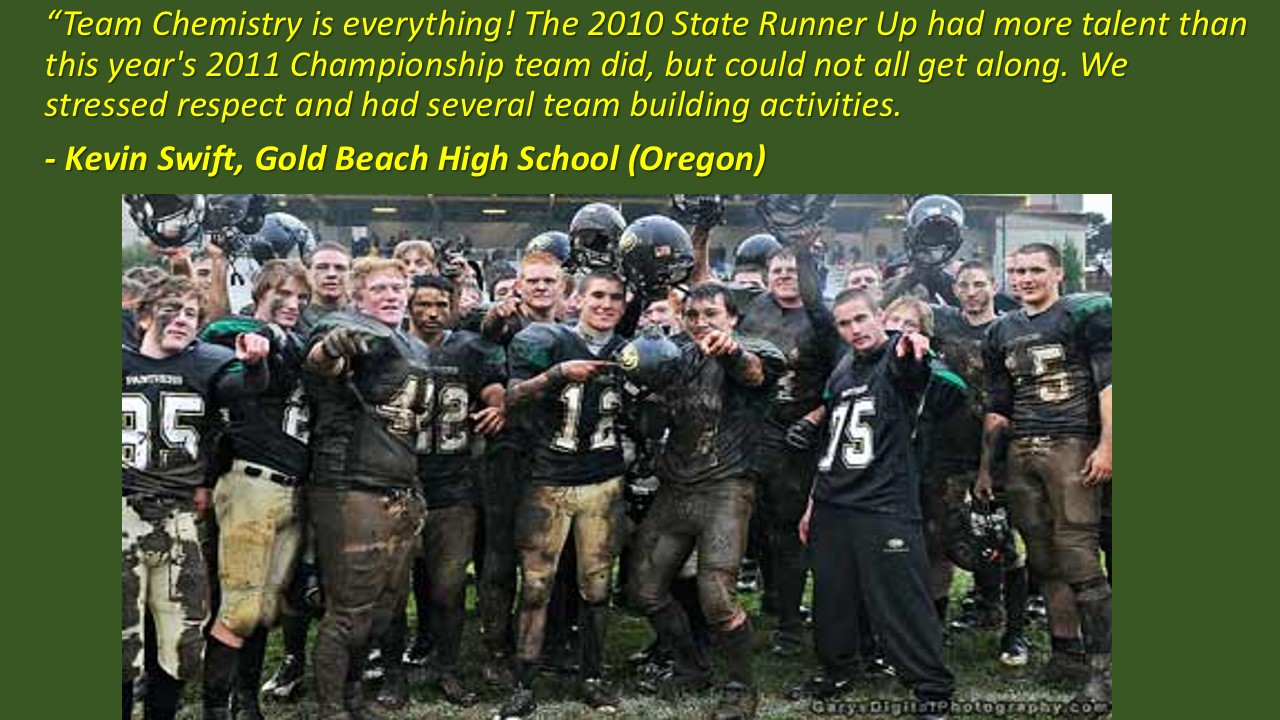 This is the fourth part of a five part series about 4 Non X and O Training Camp Outcomes.

Chemistry is a scientific word which has to do with how atoms interact with other atoms.  I never did very well in my science classes growing up, so it is interesting that I absolutely love studying team chemistry.  I firmly believe that building team chemistry is one of the most overlooked aspects of being a head coach.

How many times has your own coaching staff discussed building team chemistry around the staff meeting tables?  It usually only comes up when things are bad, when kids aren’t getting along well together.  The coaches who “get it” in this area can develop a clear cut advantage over their opponents.  By taking the time to develop team chemistry, and getting your “Adams” to interact well with the other “Adams” can take your team to a place unmatched by your opponents.

One of my absolute favorite chapters from my book BUILDING CHAMPIONSHIP CALIBER FOOTBALL PROGRAMS is the one titled: Team Chemistry: THE Most Overlooked Key To Success.

I interviewed 108 Head Football Coaches who won a 2011 State Championship, in 42 different states.  One of the top 3 answers from these coaches as to what separated THEIR Championship team from the also rans in their division was TEAM CHEMISTRY.  I firmly believe that way too many coaches overlook this aspect of their team.  That’s why I called this chapter what I did: THE Most Overlooked Key To Success.

I’ve written extensively on the subject.  Here are some past articles regarding Team Chemistry that I’ve written.

Being A Great Teammate by Don Mattingly

Read what some of the top coaches in the nation told me about the Team Chemistry of their 2011 State Championship teams: