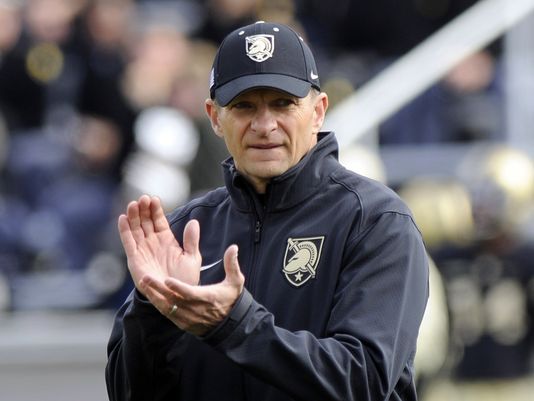 I had the opportunity to hear Coach Monken from West Point talk about at the American Football Coaches Association Convention this year (2018).  If you haven’t made it to an AFCA Convention, do your best to get there next year; it will be in San Antonio.

Coach Monken gave a talk about the success of their program this year (they were 10-3 this past season), and what it’s like to be the Head Football Coach at West Point. One of the parts of the talk I really liked was his “7 Keys To Victory.”

Had 5 fumbles, opponents had 9.

They ran the ball so much that they were 3-1 in games when they did not throw ONE pass.

They held the ball for almost 10 minutes more than their opponent per game.

3.  Win the field position game via the kicking game

Their net punt was 39.26, opponent was 31.18.
Although they did lose on average punt return and kick return.

They were 55% on third down, compared to 40% for their opponent.

5.  Big plays in your favor; avoid all negative yardage plays

They had fewer penalties than their opponents this year.