Bill Parcells, without a doubt, is one of my absolute favorite coaches to listen to. This man is FULL of wisdom about this great game!  In August of 2013 he was inducted in to the Pro Football Hall of Fame.  His speech was tremendous.  Here are some of the golden nuggets from that speech that are great for any coach! 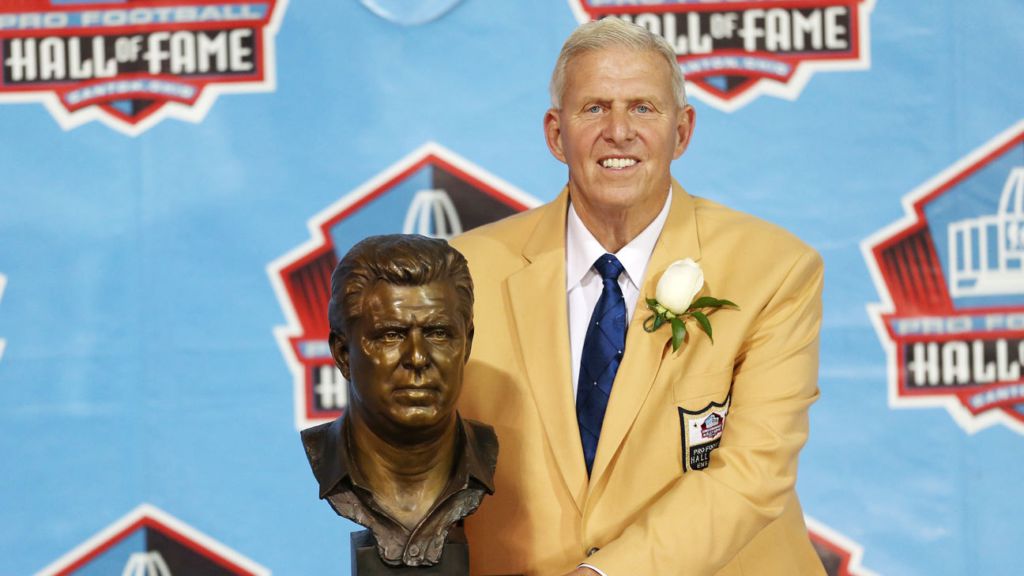 About his presenter George Martin: “He was a co-captain and my player representative.  He had to please three masters: the organization, the coaching staff, and his teammates.  He was unwavering  in his support to all three factions. Quite frankly ladies and gentlemen, without his support, I would not be here tonight.  He was a great, great help to me.”

2.  “You are only as good as those above you – the administration and leadership at the top.”

“This time of year most organizations try portray themselves in a manner that gives their fan base an indication that they are trying to compete for the division and the championships and all those kinds of things.  But I found out over the years that the commitment has varying degrees in the NFL. Now I worked for the NY Giants, a flagship franchise, the Mara family.  Robert Kraft with the New England Patriots, the late Leon Hess and the great Jerry Jones and his family there in Dallas.  And most recently as an administrator with Steve Ross and Wayne Huizenga.”

“I’ve seen coaches go to these franchises and get fired very quickly because the situation would not allow them to succeed.  Fortunately for Bill Parcells, I was never in one of those situations.  Every organization that I worked for supported me to the fullest.  I’m grateful to the ownership of those places, because that’s what allows you, and the players, to succeed and go forward and become champions.  Without that you have no shot.  I was lucky to have it over time.” 3.  “You are only as good as your assistant coaches.”

My coaching staff, history has shown what I had ladies and gentlemen.  Top assistant coaches, sometimes full time assistant coaches their whole career. Great position coaches. Some retired, some still going.  Others on to college coaching jobs, bowl championships. And then others in pro football, division championships, conference championships and several super bowls.  I was lucky to have some of the top names currently as head coaches in pro football.  And I want them to know that I’m grateful for their support of me.  That’s the nuts and bolts of a football operation, your assistant coaches.  I just want to say I take pride in their individual accomplishments. 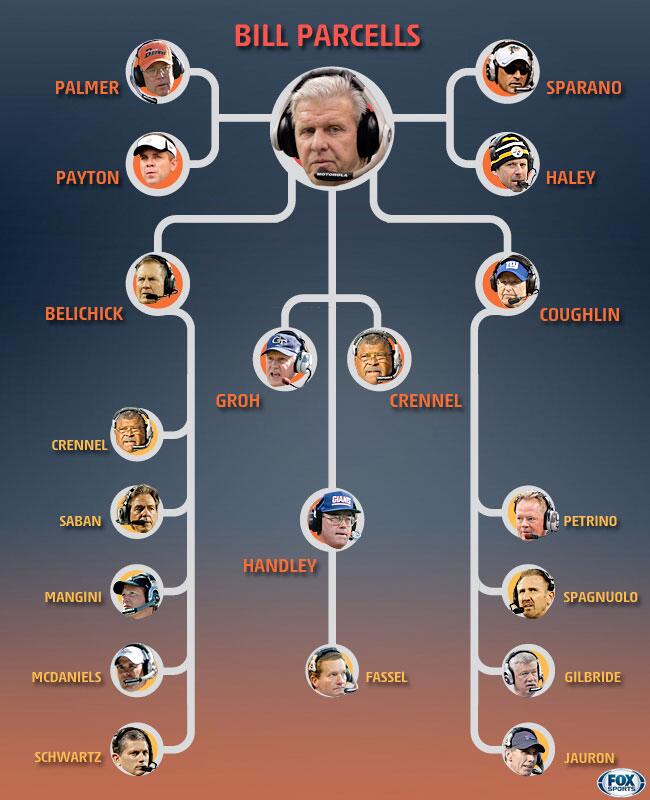 Another man, first guy to give me a head coaching job, Hastings College in the mid 60s, Dean Pryor.  He taught me one vital piece of information that I took with me and preached to every organization, to my coaching staff, and I remind myself everyday.  And that vital piece of information was   “the players deserve a chance to win and you as an organization, as a university, a coaching staff, an individual coach, a head coach have an obligatory responsibility to give it to them.” 5.  “The Locker Room Is A Great Laboratory For Human Behavior.”

Now talent aside, we know it’s a football business, the only prerequisite for acceptance in to that locker room is that you gotta be willing to contribute to the greater good.   If you are willing to do that, you are readily accepted.  And if you’re not, you’re pretty much quickly rejected.  We got all kinds in this place – we got white, we got black, we got Asian, we got latin, we got samoans, we got tongans, we got native americans.  Ladies and gentlemen, I played and coached with them all.  And the only thing that made any difference was “are you willing to help?”  And if you are come on in.  If you’re not, get the heck out of here.

Now, there are a lot of exit doors in pro football. By exit doors I mean vehicles that organizations or players or coaches could use to intimate to the public that it wasn’t their fault that the team performed poorly.  But Monday, by about 5 o clock in the afternoon, after we’ve all watched those films, very seldom are any of those exit doors taken.  Because accountability is at a premium in guys like this.

So, we have the greater good and we have accountability.

We have rules and regulations in the locker room, but they aren’t written down.  But after you’ve been there a couple of days, you know what they are.  And if someone should deviate, you find out there is a judge and jury in that room, and they act decisively.  Their decisions are final because there are no appellate courts in there.