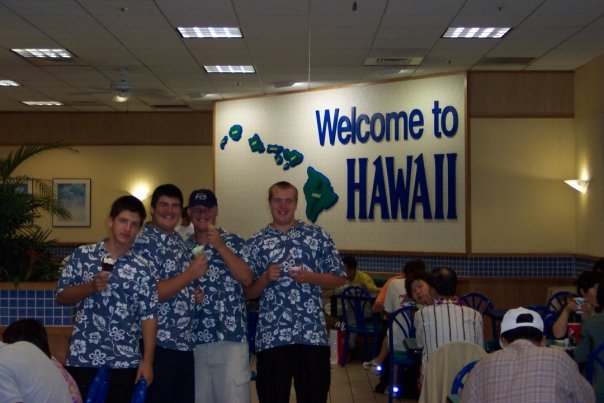 It's your players program, allow them to have a say. This was in 2003, our team took a trip to Hawaii for a game v. Baldwin High School on Maui.

Staying with the theme of forms to evaluate your program, here is another one that I’ve used quite often.  This form is in the coaching manual that I have for sale.  I’ve used this form in seven of my eight years as a Head Coach.  The one year I didn’t use this form is when we transfered to doing them online via Survey Monkey.  The great thing about doing an online survey is that you get instant results.  The tough thing is that you are limited to 10 questions for free, then you pay.  I probably won’t do the online version again because of that limitation.

A few reasons I think a survey of your players like this important:

1.  Allows them to have a voice in the program.  Most of us coaches think and say “it’s your program, I’ve got next year.”  But do you really mean that?  Is it really the kids program?  Or are you the egomaniac center of it?  I think that it goes a long way to give the kids a voice in the program.  It doesn’t mean you cater to them, it doesn’t mean that if they say “we don’t like running” that you stop running!  But it does let them know that you care about them as a person, and as a football player.

2.  Sometimes the kids have some great ideas!  And these great ideas can make your program better.  Listen, we don’t know it all. We may think we do, but we don’t.  As soon as we stop listening to the kids we coach, we fail.  I’ve had some really great responses doing these surveys with my teams.  Sometimes we think something is working, but it is not, you are missing the boat.

One example is in pregame meals.  Several years ago, it was the tradition for the school I was at to go to Sizzler restaurant for our pregame meals.  Sizzler is a steak house, with salad bar.  We got a great deal at one of the places in town because the owners daughter went to our school.  Well, one year, a bunch of the kids wrote that they hated going there.  It had become an old hat.  I never knew that.  For whatever reason, none of my captains ever said anything, but when this hit my radar, and I brought it to my Player Committee, they all started laughing and said “yeah, we hate that place Coach.”

Well, maybe it seems like a small thing to you, but to me this was big.  Why make the kids go to a restaurant before the game that they don’t want to be at?  Plus the kids said that they steak just didn’t digest quickly enough.  I didn’t want ANYTHING to be a distraction before the game.  I wanted them to enjoy where we were at.  So, I made a change for the next season and let the kids choose a place.  They were so excited!!  You would have thought I took away conditioning for the entire year.  So, I gained their trust and confidence by this decision to let them choose.  It just wasn’t a battle I really cared about!  A little thing, but the players thought it was huge!  I never would have known that if not for the survey.

3. Confirms that you are doing things right.  It’s always nice to hear the kids say “Coach, you are doing everything right, don’t change a thing with this, or this, or this.”  It’s not that we need a pat on the back, but you want to make sure you are on target. That you are reaching them and teaching them.  So, that’s another reason I like to do these surveys.

Some kids will write one word, some will write entire paragraphs over the course of a few days.

Again, I encourage you to use this type of survey, or a survey of some sort.  If you are, I would love to see what you are using.  Email me at coach478@gmail.com 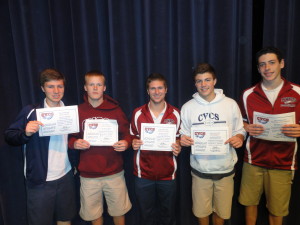