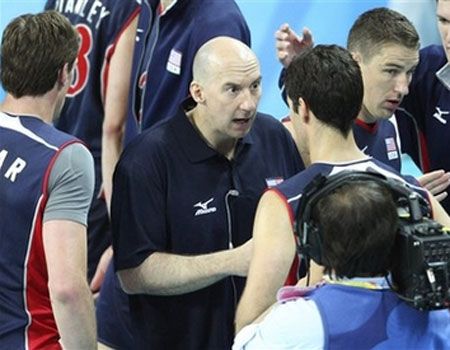 A couple of years ago I was fortunate enough to hear Coach Hugh McCutcheon speak.  It was at the California State Athletic Director’s Association Annual Dinner down in San Diego.  He had just led the United States Men’s Volleyball team to Olympic Gold!  I’m not sure if you remember his tragic story, but his father in law was stabbed to death while in China for the 2008 Olympics.

He shared some really great stories that night in San Diego, and had some great quotes.  I’m one of those guys who sits in meetings and dinners like that with a pen and piece of paper, taking notes right there next to the fine China!  Usually, people think I’m a little weird, but I’m okay with that!  Today, I’m retelling his stories and quotes, and they probably don’t have any reminders of those great 45 minutes!

Before I share about this powerful story regarding practice, here were a few of his great quotes:

“If you don’t have any dreams, none of them will come true.”

“We had enough in the team’s emotional bank account, so they trusted us as a coaching staff when we asked them to do something different.”

He told a great story about a player who got better at a certain block the day before their gold medal match.

Who would have thought that as an Olympic athlete, the day before a gold medal match that there was really any room for improvement??  There was a player that could never, ever, in four years of trying, do a “certain type” of block at the net.

Well, he “finally got it” at the practice the day before the gold medal match.

When it came down to the 5th game (out of 5) during that gold medal match, who do you think made an amazing block to tie the score??  This block tied the score and the Americans never trailed again.

He asked a few questions that we as coaches should take to heart.

“What if this athlete just checked out of practice that day mentally because we were in the gold medal match?”

“What if as a team we decided to go through the motions?”

“What if, I as a coach, had written this guy off with this certain block?”

The answer, we might not have won a gold medal!  If you really think about this story, it is a tremendous one.