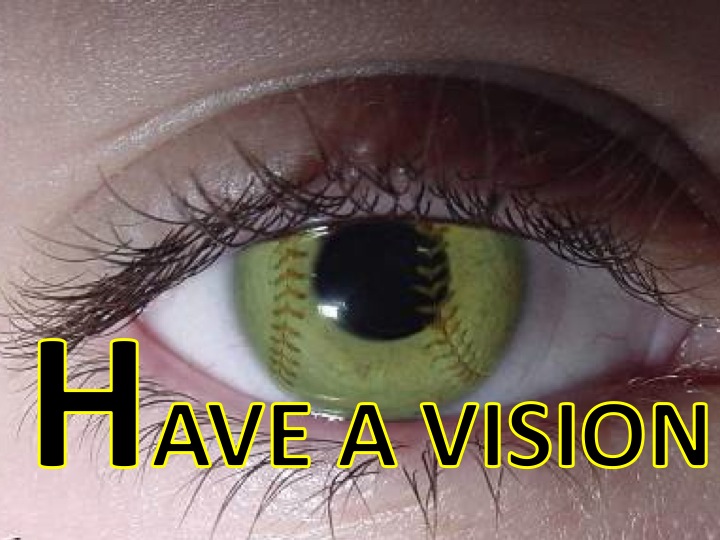 Effective leaders always have a vision.  When the worker bees are working, true leaders are thinking about the next step, the next plan, the vision for the future.  As a leader, it is IMPERATIVE that you have a vision for your company, your team, your class, your group, your family, etc. As the leader, it’s your job to have a vision for the goals for your company.  Without having vision and goals, what is the road map?  Do your followers have a road map?

Many agree that Ted Williams was the greatest hitter to ever play the great game of baseball.  Did that just happen over night, or did he have a vision to make that happen? Leaders call followers with their vision!

In the Bible, specifically in Mark 1:17, Jesus says  “Come, follow me and I will make you fishers of men.”

People want to be asked and feel needed.  Jesus was great at this.  That is part of what made him a great leader.

He constantly gave people a vision for what they had to do!

And they followed him?  Why?  His leadership lifestyle warranted that he was worthy of following! Great story about a man with a vision The story of Mc Donald’s – The Mc Donald brothers began to franchise their restaurants out once they felt good about the foundation that they had.  Some would say that they were successful for restaurant franchisers – in the first 10 years they sold franchises to 15 people.  Only 10 of those stores ever opened. But then, came along a man selling the Mc Donald brothers their frozen malt makers.  He was interested in not only franchising one store but also buying the name Mc Donald outright and having the ability to franchise these restaurants himself!  Can you believe that?  The audacity of this man?  The malt shake maker seller?  Just sell your malt shake makers pal and move on, okay?! But then, Ray Kroc bought Mc Donald’s outright from the brothers for just over two million dollars.  The next thing he did – he opened 600 stores in eight years.  600 stores!  Remember that the Mc Donald brothers only opened up 10 stores in 10 years and Ray opened up 600 in 8 years!  Why?  His leadership lifestyle had a vision.  You see, his calling at the time was to sell malt shake makers.  But, he was in and out of a lot of restaurants.  This gave him experience and vision.  He knew that the Mc Donald brothers had something special.  Something that they didn’t even really know them selves!  That is a lifestyle of leadership, not something that just happens over night for Ray Kroc.

What is your vision for this year?

In your classroom?  On the team you are coaching?  In your family? Do you have a vision?