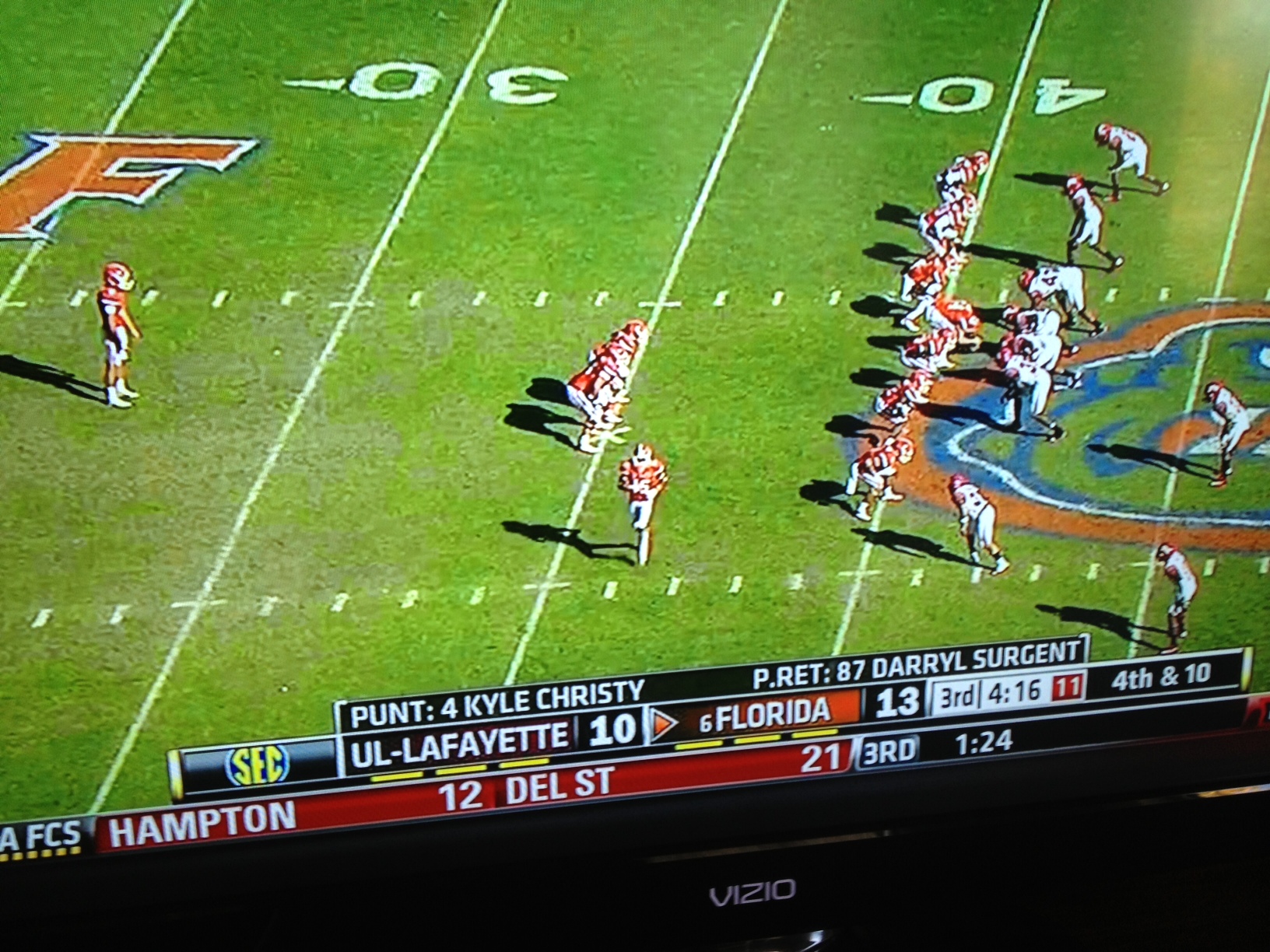 I absolutely love the Shield Punt!

I’ve been using it since 2002; I like to say “before it became cool!”  Because 10 years ago, nobody was doing it.  And now, it’s all over the college and high school landscape.   In fact, I learned of the Shield punt from the Rutgers Special Teams Coach who wrote an article called “The Shield Punt: Dare To Be Different.”  I loved it, so we tweaked it a little for us, and put it in.  Will never go back to any other way of punting.  The Shield Punt allows teams to get down the field F-A-S-T therefore minimizing returns.

I helped one school put it in this year, and just saw their stats this weekend: 24 punts, only 7 yards allowed, TOTAL!  The whole year, 7 yards!  Only one kid attempted a return, and he had 7 yards.  Other than that, NOBODY attempted a return!  Fantastic.  In 2009, my team punted 56 times, and gave up only 16 yards, on 2 returns.

I’ve written about the Shield Punt extensively.  Here are some of the articles:

The Shield Punt on Film

The Efficiency of the Shield Punt by X and O Labs

Here is the first one: University of LaFayette v. Florida (November 10, 2012)

It is interesting to note that there were TWO blocked punts for touchdowns in this game, very rare.  Florida blocked one with seconds remaining, and returned it to the house for the win.

But before that, the Rajin Cajuns blocked a Gator punt.  Let’s take a look at how that happened.

1.  MISTAKE ONE –  Gators put a man in motion from the shield.  I’ve never seen this before. As soon as I saw him motioning, I thought to myself, they are going to block this thing.  Reason being, you HAVE to have those three guys in the shield, period.  The weakness of the Shield Punt is that it can be blocked up the middle if they bring four guys through the A gaps and head up of the guards.  2 guys in the A gaps, and 2 guys on the guards, in their nice and tight, they can bring the heat then.

You will see in this first pic the man in motion.  And you will see the four Rajin Cajun D linemen in there right, ready to bring it.

This man going in motion doesn’t take ANYBODY out of the box with him.  So, why do it?  You are now outflanked.  Interesting move, but who am I to question a college coach?! 2.  MISTAKE TWO – When I install and teach this, I always drive home to the guys in the shield “DON’T CHASE ANYONE!”  Stay square to the line of scrimmage, like a brick wall!  Be wide, be strong, be tall.  If a person in the Shield, usually linemen, choose to turn themselves or chase someone approaching from the outside, they will open a huge hole. And usually, will get beat back to the inside.  As is the exact case that you see here, in the photo below.  Look at 99, he has chased a guy AND turned his shoulders, not good. Let’s see what happens when you turn your shoulders. Oh oh, he’s beat isn’t he?  That’s exactly why you don’t chase that guy, or turn your shoulders.  Now he is beat back to the inside.  He has opened a HUGE hole there, and can’t get back.  Now the Cajun has a direct path to the punter’s foot!  Never good.