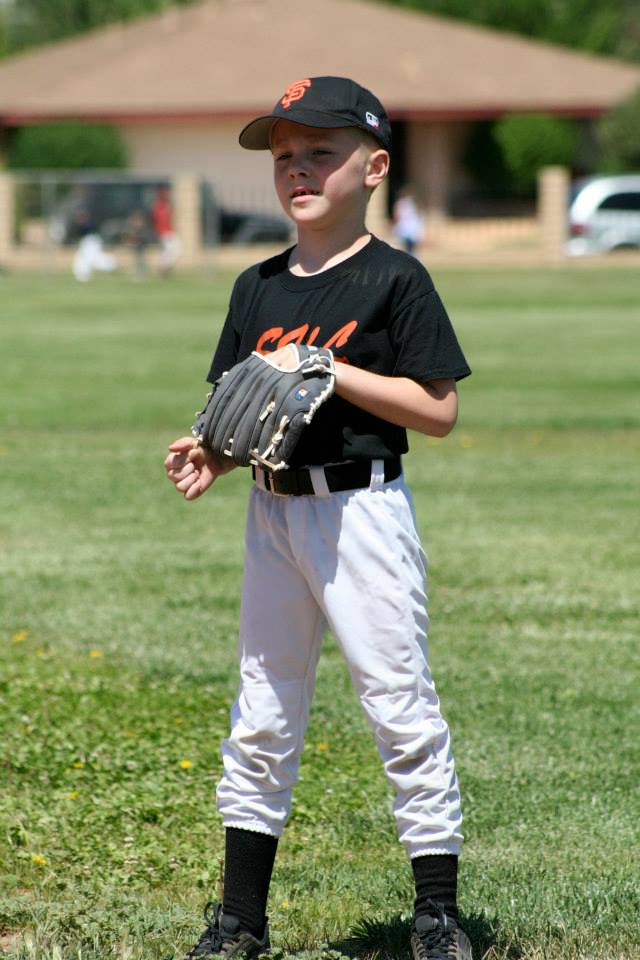 My first born child is seven years old.  He has played one year of baseball, it was last spring when he was six.  He doesn’t want to play this season.  Why?  Adults have jacked it up!  They have turned GAMES into SPORTS.  According to my son, baseball was “boring and embarrassing” last year.

According to Wikipedia, “A game is structured playing, usually undertaken for enjoyment and sometimes used as an educational tool.”  Games should be all about fun for a six year old!  For five, six, seven, eight, nine year olds, youth sports should be youth games.  They should be fun, and enjoyable!

But somewhere we went wrong.  Somewhere adults have jacked it all up.

You see, adults turned this great game in to a sport.

I know this problem is not just here in my community, it’s a problem nationwide; we need to take a long, hard look at youth sports in this nation; before it’s too late.  I hope my son returns to baseball one season, but it might be too late; after one season.

Wikipedia says: “Sports are all forms of usually competitive physical activity which, through casual or organized participation, aim to use, maintain or improve physical ability and skills while providing entertainment to participants, and in some cases, spectators.”

This is where adults have jacked it up. They have high jacked youth games and turned them in to youth sports.  Instead of these games being enjoyment, we’ve turned them in to competition, at far too young of an age.

I shared my top two concerns about my son’s experience with a local Little League official.  My two concerns: way too many games and not hitting off of the tee enough.  For three weeks last season, we played three games in a single week!  This was for 5 and 6 year olds, THREE games in a week!  Most high school baseball teams do not play three games in a week during the regular season.

This official told me that “I receive more complaints from parents that feel their child is NOT DOING ENOUGH during the season.”  There we have it: turning a game in to a sport for 5 years olds.  Turning enjoyments in to competition.

Most weeks we would have one practice, on Monday, then one game on Tues or Wednesday, and then a game on Saturday too.  Again, three nights at the baseball field; for 5 and 6 year olds.  My son wanted to quit last year during the season.  It was just too much.  But we didn’t let him.  We didn’t want to teach him that it was okay to quit something.

Something interesting I learned last year that I would not have guessed.  About half way through the year, my son said “Dad, we have too many games, I just want to practice.”  I asked him why and he said “Practice is so much fun, I just love being with my friends and practicing; we actually get to do stuff.”  You see, they hit off of the tee most of the time, so there was continuous action.  And the coach did a great job of keeping practices moving along quickly during the 60 minute time frame; it was enjoyable for him.  The games were not.

Most of the team was just swinging at pitches.  These adults forgot that most of these kids were LEARNING how to hit a baseball for the first time ever!  You had kids as tall as their bats are long!  And we think that they are going to be able to hit a pitch being thrown at them?!  Shoot, think about statistics in the Major Leagues.  If you are able to safely hit the ball in to play and get on base just three times out of ten, you are a STUD!

This Little League official told me in an email “The majority of parents will argue that their child has matured and doesn’t need to hit off a tee.”  You see, again, adults have jacked this up.  I don’t know which games these parents are watching!  My son told me one of the reasons he didn’t want to play was because it was “boring and embarrassing.”

It was boring because “you have to wait a long time before they hit the ball,” and “embarrassing when you can’t hit the baseball until the tee.”  Do you know how much fun it would be if the kids actually put the ball in play with every swing?

Do you remember thinking you were king kong when you were able to actually hit the ball every time you got up to the plate?  How much pressure are these 5 and 6 year olds under to hit a pitched ball when they can hardly hit a ball that is stationary on a tee?!

Adults, we need to let our kids be kids.

We need to bring back games, and remove sports for these kids.  Kindergartners need to be having an enjoyable time, not a competitive time. That time will come soon enough.  For most of us, it will be here before we know it. Time just flies!  We need to protect our kids and let them ENJOY these games while they can.

Competition will come soon enough.  Competition and entertainment through sports will be here before you know it.  Most of your kids will be asked to focus on one sport year round.  They will be asked to spend a lot of money on speed coaches, and hitting coaches and throwing coaches and catching coaches and drinking water from water bottle coaches.  Some of your kids will be forced to specialize to the point their coaches will demand they are not even allowed to play another sport.  I’ve worked with a lot of coaches like this.

Please adults, just let them play games . . . . while they are young enough to!

One of my sons’ friend’s father was dumbfounded last spring when we told him that Nate wasn’t going to play year round baseball.  You see, his kid was playing baseball, basketball and soccer YEAR round.  Yes, a six year old playing three sports year round.  Dad told me “Hey man, I have to get him ready, it’s competitive out there.”  Yes pal, it certainly is . . . .