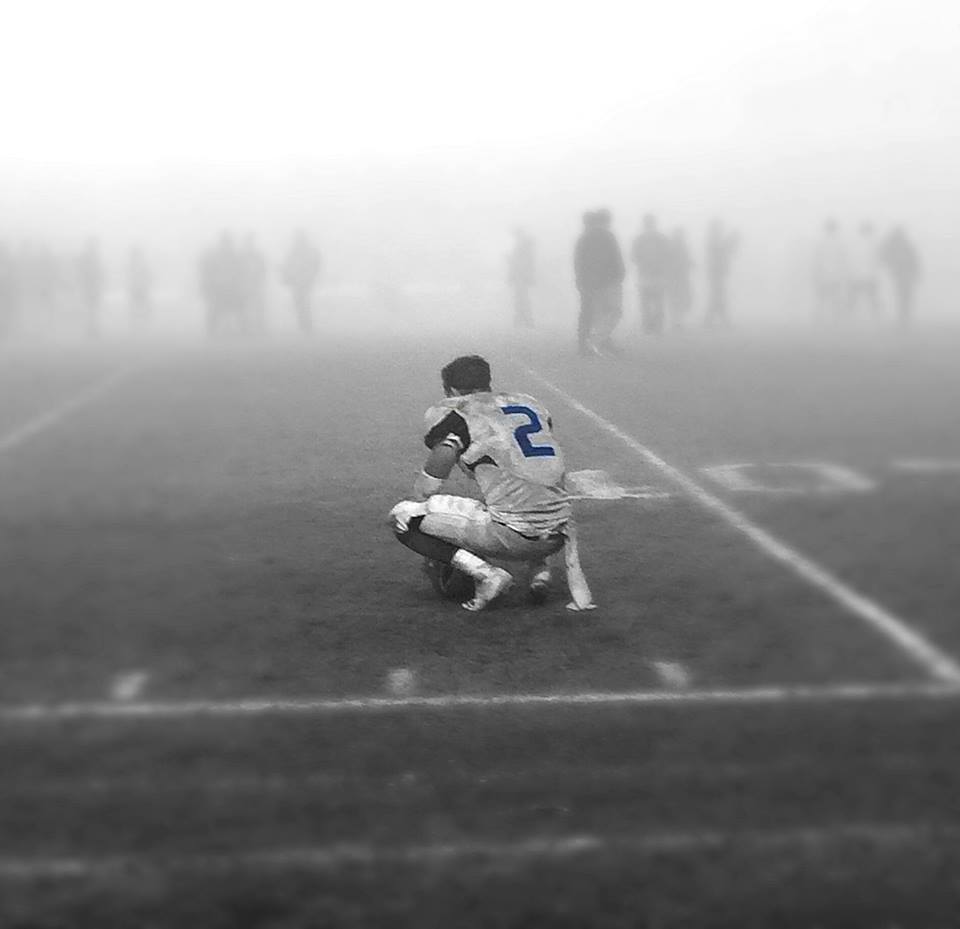 Around this time every year, I get emails, tweets, texts, etc. asking what head coaches should do to recap their season, and look forward to their next year.  I’ve addressed this a few different ways with the different surveys I’ve done of the players, and football community.  But this is the first stab at putting together a timeline of sorts for the offseason.

Most veteran Head Coaches already have their routine set.  So, this might help the “rookie Head Coaches” more than the seasoned vets.  But I also know that some seasoned vets look for new ideas.  As with everything I write, I hope something here is helpful for you.

I’ve been a Head Football Coach for 8 years.  Here is how I handled the first few months of the off season as a Head Coach.

The players will know and get in to your routine as the Head Coach.  After the first season, it becomes a little easier to collect the gear.  The players will know what the expectation is.  For me, I collect the gear on the Monday following our last game, I don’t mess around!  Collecting gear can be a HEADACHE!  Especially when it all lands on your shoulders as the head man.  Some programs are lucky enough to have an equipment guy, count your blessings!  Give the kids two days of grace for anything they forgot, and then turn in a list of missing items to the Athletic Director or Business Office on Thursday morning.  (The private schools I worked at charged the kids for the missing gear; it would appear back to me very quickly!)

My policy as an Athletic Director with the Head Coaches I served was: Hey, do your best to collect the gear for a few days, then give me a list.  I’ll take it from there.  I didn’t want my Head Coaches dealing with this for months.  Also, at the privates, we would hold their stipend until I had that equipment inventory.  (Not even sure if it is legal!?!)

I have a meeting at lunch on the Monday following the season.  We usually thank the seniors for their efforts, reflect on the game we ended with on Friday night, and just say hello again to each other.  Most of the time, Friday night will be a loss; it’s a good time to get the guys back in one room for one last time.  I pass out surveys at this meeting, along with ballots for our team awards voting.  We do the ballot voting right there, I walk them through that.  We pass out a flyer for the banquet/awards night, and discuss that for a bit.  The surveys of the season are due the following day to me, usually they trickle in over the next few days.

I address my reasons for surveying the players in a previous article – 10 Questions To Ask Your Players At The End Of The Year.

At my Monday lunch time meeting, I hand out a schedule of when I’m going to meet with every single player on one one.  Some of the kids move on to winter sports, so I schedule them for lunch time meetings.  My meetings are usually just 15 minutes long.  A few of the things I do at these one on one meetings:

a.  Go over the results of the survey. If I feel the need, I will ask the kids individually about thing I’m confused on regarding the survey results, or things that a majority of the kids agreed on.  This helps to give me some good feedback at the 1 on 1 level.

b.  Go over 2015 goals.  I will have the kids bring their goals to me, their strength and conditioning goals as well as their playing goals.  Do they have a goal to start at WR, or at defensive line?  Do they want to change positions?

This one on one time is valuable as it gives me insight to the player’s mind and heart about our football program, and vice versa.

My meetings with the coaches usually last 45-60 minutes.  Usually a bit longer with the Coordinators.  There is more “friendly” talk, just shooting the bull with coaches than players obviously.  I go over the results of the survey with the coaches, get their feedback, their opinion, etc.

If there is something that directly relates to them from that survey, I will address that specifically with them.  I ask the coaches about specific games, specific times during the year that we disagreed as a staff.  We talk through some of those things to make sure there are no hard feelings moving forward.  I also ask my coaches how everyone is getting along.  Usually you should have a grasp of this, depending on how large your staff is.

This is especially important if you have multiple levels with different staffs.  I give each coach a few “professional goals” that I want them to work on.  Maybe it’s a book to read, maybe it is certain clinic topics I want them to research. I also go over the clinics that my budget will be paying for, and which ones we can’t afford, etc

These one on ones are vital to the coaching staff, and are usually a very enjoyable time to hang out with the fellas.

Let’s talk about firing a coach because I get this question from Head Coaches often.  “When is the right time to fire a coach when the season is over?”   Here is an article I wrote to address this very issue.

I tell guys that the right time to fire a coach is immediately.  I’ve only really “fired” one coach as the Head Football Coach.  I’ve let a few go.  I think those two are different.  From my experience, when you “let someone go,” the writing is on the wall, and the other party is usually almost relieved that they have been let go.  It’s just one of those things where things didn’t work out.  To avoid having to fire guys, and or letting guys go, spend your time hiring SLOWLY.  Many Head Coaches hire too fast, and then get in to a bind with their hire.

You might also like this article I wrote: 72 Things Your Opponent Does NOT Want You To Do This Offseason!

Chris Fore is a Certified Athletic Administrator and 14 year football coach from Southern California.  He has a Master’s degree in Athletic Administration.  He maintains a popular blog at CoachFore.org; consulting business can be found at EightLaces.org. He helps coaches nationwide at both the high school and college level with their career search and program development.  He is the author of Building Championship-Caliber Football Programs, An Insider’s Guide To Scoring Your Next Coaching Job and the Shield Punt e Clinic.