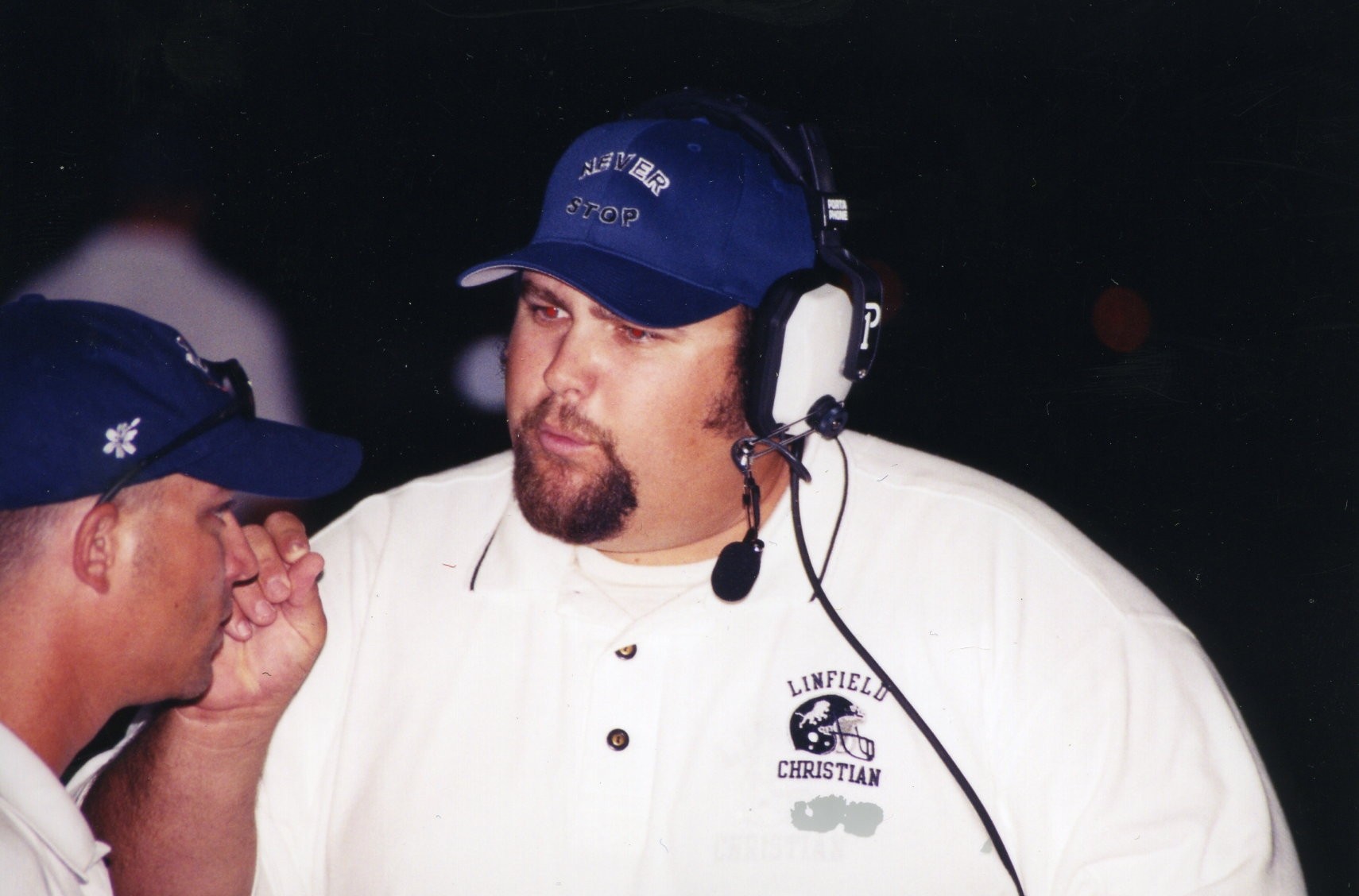 I love hiring coaches, absolutely love it. It was my favorite part of being an Athletic Director.  At one school I worked at, they won just 3 League Championships in the 10 years before I got there.  I made some significant changes to the staff in my first week after meeting with every Head Coach.

So, both places I’ve been an Athletic Director, we’ve hired VERY well, and the proof is in the pudding as they say.  Set school records at both schools, that haven’t been broken yet!

I love helping programs hire coaches.  Especially enjoy helping new Head Coaches figure out the process.  I had a conversation via Twitter DMs with a Head Coach here in Southern California about hiring a new Defensive Coordinator.  I thought you might like to read it.

HEAD COACH: Hey coach, hope all is well! Do I’m in the process of finding a new DC. I’ve already had a few very qualified guys get in touch and I’ll be meeting with them this week and next. Any advice for how I make sure to hire the right guy for my program?

I’ll have my two right hand guys with me to interview. I want to take my time with the decision, but I also don’t want to drag things on. What are your thoughts on a reasonable timetable for the process?

When I was an HC (and I followed this when I hired HCs as an AD), I followed the premise to “hire slow, fire fast.” I only had to “fire”/let go one coach in 8 years of being a HC. And I never fired a HC that I hired as an AD. So, I felt pretty good about hiring great coaches.

First thing is: Cast a wide net. Cast as wide of a net as possible. CIF website, FootballScoop, etc. etc. Whatever job boards you can find. That is IF YOU HAVE THE TIME to deal with the response. But I always thought that time, especially when hiring a DC is WELL WORTH it!

When I hired a DC, I would interview 10 guys. And I would do that with another member of my coaching staff or two.

That would be a 30-40 minute “Get to know you round of interviews.” Just lined them all up in one day. Bam, bam, bam, bam.  Having the other guys in the room from my staff has been good feedback to me.

I will narrow those 10 interviews to 3 guys we really like.

Then, I will contact their references, etc.I LOOK for red flags. I also work hard to call guys who they didn’t list as a reference. I call those “unsolicited references.”  You can find out more stuff from those guys that they DON’T list than the ones they do, as you can imagine.

Reasonable timetable – I would collect resumes for about 3 weeks.

Then have first round of interviews.  Then have the second round 4-5 days later.  You should be able to make a decision within 24 hours of that second interview coach.

HEAD COACH:  How are your questions/interviews different from round 1 to round 2? I put together a list of pretty wide ranging questions I plan to use (with 1-2 of my go-to assistants there). I might have too many though

Do you have a go-to interview question that you feel is a must ask?

Since hiring a DC, ask them what their philosophy is on how to defend a few different schemes.

And the main thing that you’re looking for here is “Can they communicate? Can they teach?” That’s one of the most important things in a coach right, the ability to teach. Not does he know the Xs and Os, but can he TEACH that to 14 year olds?!

So, first interview, that’s the first thing I do. Probably spend 10 minutes on the board. I’m not trying to outsmart him, or prove I know more or that stupid stuff that coaches do. I’m just picking his brain, to see if he can teach up the game. You can usually get a great feeling for that in 10 minutes.

I’ll ask what a practice week looks like for him as the DC, what kind of time does he need. I’ll ask him to walk me through a week of prep time. How does he work with his staff, how does he install, etc. etc.

There, I’m looking to see if his philosophy matches mine. Can his idea of teaching and preparing the team fit in with what we do, does this match my philosophy.

That’s what you’re looking for during that time of the interview. And that’s a 5-10 minute thing.

So, that first interview, BIG picture.

Second interview, SMALL picture. A lot of companies, schools do that backwards in my opinion. They want to get to know the applicant in a more intimate way the first time, I think that’s backwards. And a waste of time to be honest. So, you like the guy, you like him as a person, that’s great.

But what if the second round, you find out his philosophy and mecahanics won’t work with your philosophy? Wasted time.

I really, really like this question I came up with years ago, a different twist on “your greatest strength and weakness.”

I ask “how do you OVERCOME your weakness?”

That shocks them usually. Again, you can find out a lot, just sit there, Uncomfortable silence is good.

And then, I ask them, How do you use your strengths as a positive in this program? Again, different take on the question. I don’t care about your strengths really. I care about how those are going to make US better. Make sense?

I think that so many schools, companies really fail to make their interviews PERSONAL.

HEAD COACH: This is fantastic! Right now I definitely have a mix of rd 1/2 questions. Hadn’t thought of it that way, that I should learn their teaching ability before really getting to know them. I did it the other way around with that other coach I had to let go…I really liked him, but he wasn’t the type of teacher the boys needed

FORE: Coach, I think 95% of companies and schools out there make this mistake. They waste a LOT of time. I learned the hard way, as an AD

HEAD COACH:  What do you think of looking at/breaking down film? Having him teach up a position group?

FORE:  Really spent a TON of time with my second HC hire, getting to know an applicant. Came highly recommended, etc. Last thing we did was put him on the board.  A basketball coach.

Really liked the guy, spent probably 4 hours with him. 2 in an interview, 2 at lunch. Spent probably 3-4 hours talking to others, doing research, etc.

We were set to hire the guy. Then, last thing in the interview, put him on the whiteboard.

Said “you have 2 second left in the game, down by 1, you have the ball under your own basket, timeout, draw the game winner.

FORE: He could NOT do it Coach. Dude totally froze up. Started asking questions about the situation, got all nervous.  He was a head jv coach, varsity asst.

There were just three of us in the room.

So, I gave him another scenario, real life basketball one. He started drawing that up, but simply could NOT teach it.

My superintendent and I had this thing, where if he moved him cup to the other side of the folder, interview was over. That’s when he moved his cup.  It was wild.

HEAD COACH: Makes a lot of sense. I was thinking I would have him teach me day one of the base D. Then go over some of our rival top formation/plays and see how he defends and teaches how to stop them

What if you’ve got a guy you like and meets your expectations but you know he’s got other offers/options? Id hate to lose a great coach but I also don’t want to rush with this.

FORE: That’s a good question on the timing of things Coach.

If you’re positive that he has another offer, don’t let your arm get twisted to make a quick hire. I don’t ever think that is a good thing.  That’s why I set up a timeline on paper, with the job announcement.

If you didn’t do that this time, you’ll know for next time. That just is a guide to keep everyone on the same page.

That way, a prospective coach knows what he is getting in to, and if he does try saying “I’d love to be with you, but I’ve got this other offer,” you can just let him know that you want to stick to the timeline.

And, I would say that you also have to go with your gut Coach.  Trust your gut too, but sometimes that gut, when we haven’t been through these processes, lies to us. Make sense?

HEAD COACH: Ha,ha ya I gotcha. Sometimes my gut doesn’t look at the big picture!

I’m definitely gonna learn about their coaching style/philosophy and then get into seeing how they teach me and plan practice. For round 2 I will get into more of the our specific situations I came up with.

What do you think about having them analyze film?

FORE: Analyze film not a bad idea either coach, maybe just 4-5 plays. That would be really good