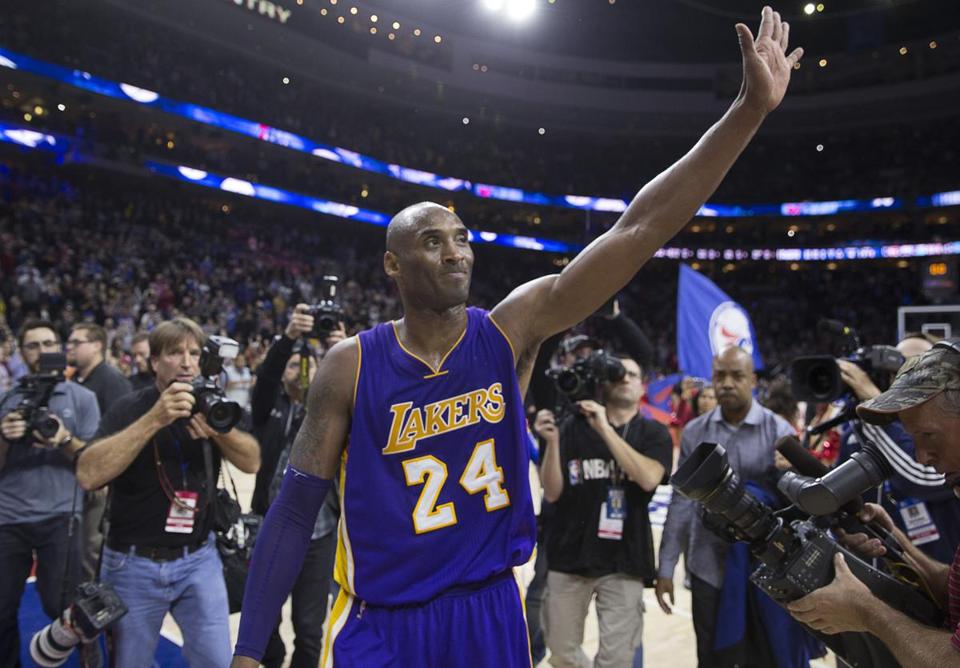 I enjoy hearing from coaches with different guest post ideas.  I say no to about 50% of them, for a variety of reasons.  But I really, really liked this piece about Kobe.

This is a guest post from Jeremy Sarina.  I’ve come to know Coach Sarina over the last few years, it started on twitter.  He is the Special Teams Coordinator, as well as the Wide Receivers and Defensive Backs Coach at King City High School out here in California, a post he has held since 2012.  Follow him on twitter at @coachjsarina Kobe Bean Bryant, what more can be said about a name, the man, the icon.

I have to go back to the beginning, May 12, 1997, I was a junior in High School, and it is the day that I became a Kobe Bryant Fan.  I was a Bulls fan at the time, in those days we didn’t have DirecTV, or Dish Network, we had cable, and we had WGN.  WGN had almost every Bulls game on TV.  In 4th and 5th grade I used to wear Jordan Clothes, I got my first pair of Jordan’s at Nordstrom’s in Bellevue, WA in 1988, and wore each pare of Jordan’s through the XII.

In 1997 the Bulls were in the middle of their three-peat.  The ’95-’96 Bulls went 72-10 on their way to the first of three straight championships. They beat the Seattle Sonics in 6 games.  I remember being a bit torn, I was an MJ fan, loved my bulls, but I also lived in Seattle for four years as a kid, hence the Jordan’s from Nordstrom’s in Bellevue Washington, I wanted the Sonics to do well, I just didn’t want them to win the series.  I realized in 1996 that I was more of a fan of the athlete than I was of the team.

I identified with the cutthroat, trash talking, aggressive, battle tested, adversity filled journey MJ went on.  I identified with Dennis Rodman being confident enough, secure enough, and bold enough to love him for whom he was, to not put stalk in what others thought of him first.

The Bulls did not suddenly arrive at six championships; there was a journey, a long one, and it was a very a tough one.  The Bad Boys, Charles Oakley, John Starks, Patrick Ewing, and the Knicks, Reggie Miller and the Pacers, they had to earn it, I identified with that the most.

During the Bulls 96-97 title run, I was watching the Laker game, Game 5, of the Western Conference Semi Finals.  The Lakers were playing the Utah Jazz, the eventual opponent of the Bulls in that year’s NBA Finals.   During the game, this 18-year-old kid, Kobe Bryant, Kept chucking up shots, four of which were air balls.

Kobe Bryant is leaving us, he is taking with him, five NBA titles, two Finals MVP’s, one NBA MVP, four All-Star MVP’s, eighteen All-Star games, thousands of memories, and for me, a closet full of Kobe Gear, and countless pairs of his trademarked Nike Sneakers.

I have been a part of competitive athletics since I was five years old either playing or now coaching for the last fifteen years.   Kobe Bryant is an iconic figure that represents everything my generation believed in from a competitive standpoint.  We were taught that you don’t have friends on opposing teams when you step between the lines, we were taught to learn from losses, be humble when you win, act like you’ve been there before, and that its ok to be upset when you loose, its ok to not accept defeat.   Kobe Bryant embodies everything we were taught, and how we played.  When he walks off the floor for the last time, the glimmer of light that is left in the winner take all world, will be put out.

Kobe’s retirement is the end of an era; he is the last of the dying breed.  Today, kids aren’t required to go to practice in order to play.  We hand out trophies to everyone, not because everyone has won something but because everyone’s feelings are more important than the lessons losing teaches in the eyes of some who control these leagues our kids play in today.

Kobe is not just leaving basketball, a man who’s inner fabric represents winning through scars, and determination from fear of failure, is leaving us, we don’t have that person, on a big stage, to represent those of us who were raised the exact same way he played. Kobe Bryant was raised in the game of Basketball.  He was an 18 year old kid when he came into the NBA, fresh out of high school, we could relate to him because he was the same age we were, and look what this kid was doing with his life, he was in the NBA.  He taught us it was ok to dream, but that dream cannot be realized unless you’re willing to sacrifice everything to realize it.

Over the years as a coach, I have realized that we have to teach kids what sacrifice actually is, a majority of kids might understand the definition, and however they do not understand the practical application of it.  “What do you want to do with your season” we will ask, “have fun” and “win”.  “What are you willing to give up to achieve your goals” that is always where the metal meets the road.  Student athletes today, by a large majority, do not understand that in order to achieve you must sacrifice, we have to teach them the concept, and getting them to actual live it is a secondary part of the process.

Kobe taught us that you can dream to be great, and if you work your tail off you are not guaranteed to get there, you aren’t owed anything for that work, and that work does not entitle you to recognition.  Kobe Bryant taught us that you don’t get credit for doing what you’re supposed to do; you don’t get credit for doing the required. The world doesn’t owe us anything, if we want something in this life, it is out there, for us to work for and go get it.

When Kobe says goodbye it will be on us; who are we?  We are the generation raised on Michael Jordan and Kobe Bryant.   The generation that understands in order to succeed you must fail.  We are the ones who will carry the torch through our programs, to our young athletes by what we expect, and the cultures that we create.  In the world of social media, entitlement and shortcuts; we have the opportunity to keep these values alive. In life we are not entitled to anything, we are given the opportunity to earn it.

Athletics are a privilege they are not a right.  Privileges are earned, through hard work, trustworthiness, and sacrifice. My parents taught me these things, however, I came to understand these things by watching Kobe.

There is a generational gap when it comes to the word losing.   Losing is how you learn, at least that’s what I was taught.  In 1997, after Kobe air balled four jumpers in that playoff game, he got off the plane that night, went to palisades high school, had the janitor let him in, and shot jump shots until the sun was well on its way up.  Kobe was motivated by loss, he was driven by fear, he was using his failures as an inner motivation to make himself better.   Kobe showed us how to use the disappointment and heartbreak as motivation, not as something that made us feel inferior or something that made us feel inadequate. Kobe taught us that no matter how dark the days, or how big the defeat, we don’t quit, we grind, we get better, we stay driven. As we say goodbye to Kobe, my hope is that we are not saying good-bye to the fearless and determined way he competed.  My hope is that there are still those of us out there that will keep passing on our generation’s lessons in competition. Its okay to lose in life, we all will, we all have, it’s not okay to quit.  My sadness is that the last of the breed has faded to black.