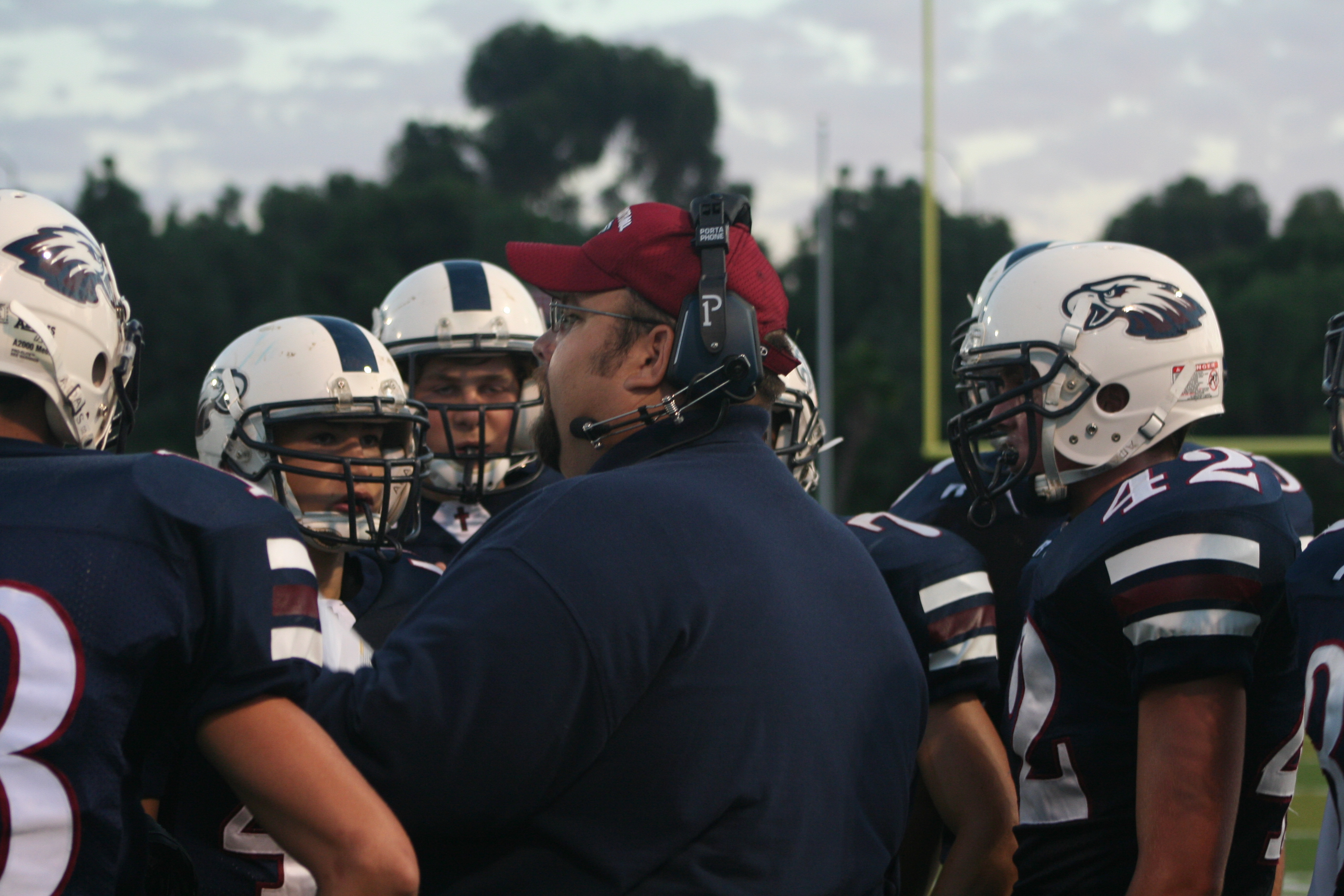 My guess is that your program can use more student-athletes.  My guess is that most programs in America can use a few more players next season.  We all run our programs with different philosophies, some prefer to have smaller numbers, to make things more manageable or what have you.  But I know many coaches are looking for more bodies, more kids to join their sport.

When I got to Capistrano Valley Christian Schools as the Head Football Coach in May of 2006, they were coming off of a 0-9 season.  The 2005 season did not go well, and they finished the year with just 19 kids.  (The previous season saw just 2 wins.)  At my first practice there, we had only enough kids to be on the line of scrimmage: just seven kids.  I was so depressed!  Here I was, very gung ho to get this new job going, had a great practice script, and just seven kids showed up.  It was brutal.  Fast forward three months, we started the year 2-0 with 28 kids on the roster!

What happened between that first spring practice with the team and our first victory was a whole lot of very hard work.  Most of it was just getting kids out for the team.  I wasn’t the first choice for the head coach spot by most of the kids who were in the program, a coach on campus was.  So, since he wasn’t selected, they decided that they didn’t want to play.  That was the first hurdle I had to overcome: getting this coach on board.

Once I got him on board, we were able to sit down and get some of those kids back in to the fold.  We had a football parents’ meeting to introduce myself and my staff to the families.  Not many showed up, so I spent time going to meet them.  I simply called them up to set up a time to get coffee, grab lunch, whatever it took to introduce myself to members of the community to get more kids out for ball. Another thing I did was meeting as many of the other head coaches as possible.  Again, I did whatever was necessary to meet with these coaches.  Most were not on campus, so I would go to their place of business, or meet for lunch, etc.  I begged some of these coached to help me with encouraging their athletes to play.  Little by little, I was able to show those watching and listening that we were going to turn things around, that this season wasn’t going to be like the last two seasons.

I attended summer camps and practices of other sports that June and July.  I simply recruited our own hallways as hard as I could.  I did not take no for an answer.  One of the best athletes on our team that year told me no about five times, he was done with football, and wanted to concentrate on his favorite sport.  By the end of the year, he was an All-League football player!  It was through meeting and encouraging him throughout the course of two months mixed with his buddies prodding and begging him to play that finally convinced him.

This brings me to my last point.  Your players are the number one recruiters for your program.  If they aren’t out hustling other kids in to the program, all of your efforts are not going to work nearly as well.  Kids today need to be brought in to the program by other kids more than anything.  They will trust their peers more than you.  If your players are not enjoying the program, are not connecting with coaches, and not wanting to be around the program, you’re not going to be very successful in building the numbers.

It all starts with relationships, as many of you know.  There is an old saying that goes: they don’t care how much you KNOW, until they know how much you CARE.  This most definitely goes hand in hand with building your program numerically.  If you want to build your program, show kids that you genuinely care about them.