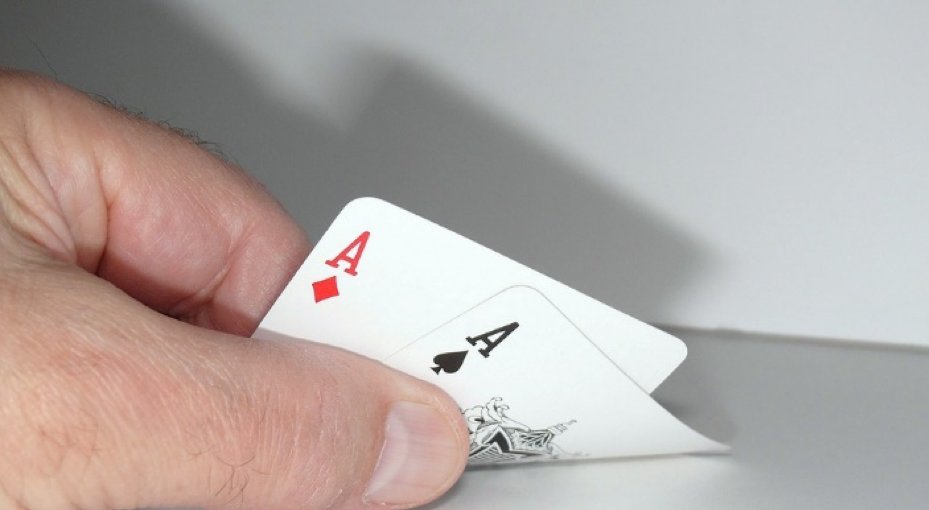 What would you do with a pair of aces?

It might sound like the oddest connection ever, but did you know that the game of poker has some incredible benefits regarding the mindset? Yes, that’s right, the game that you play with your family or buddies at the dining room table is more than an excuse to get together and have some fun. It’s what some would call a brain sport, and it could be the thing to get you in the right frame of mind for coaching.

Now, you probably think that poker is only a game of luck with a little skill thrown in for good measure, but that’s not quite true. The truth is poker is more difficult for artificial intelligence (AI) to master than chess. But let’s get back to coaching and how the game you play with chips can improve your mindset.

Poker and card games, in general, have many benefits, not least of which is the connection between them and brain health. Some doctors believe that playing games such as poker and bridge can have a positive effect on your brain, and in some cases, stave off the onset of Alzheimer’s. But when it comes to poker itself, here are the most significant things the game can teach you.

As a coach, you’ll understand that strategy is everything, but strategic thinking isn’t something that comes naturally to everyone. And so, when we begin our journey to teach and train players on the court/field, it’s essential that we try to shift our way of thinking to a more strategic approach. Now, this is often easier said than done. You can’t wake up one day and decide that you’re now a strategic thinker. It doesn’t work that way.

However, what you can do is put yourself in situations that require a strategic approach, and yes, you guessed it, poker is one of those situations. You see, in poker, seasoned players adopt a basic poker strategy and stick to it as far as possible. They understand that while reacting to various scenarios is critical, playing with a strategy in mind is more so.

In poker, you’ll need to analyze your opponent’s game, and then decide which strategy gives you the best chance of success. Sound familiar? The thing with poker is that once you’re used to playing, this thought process becomes second nature. Think, adapt, succeed. That’s a pretty good mantra to live by right there.

Any professional poker player will likely tell you that in this game, you lose far more often than you win. And while losses in sports generally hurt like hell, poker players shrug them off and move on. But better yet, they use each losing instance as an opportunity to learn.

Look, it’s no secret that losing sucks and convincing your players that it could be the best thing to happen to them takes some doing. But if you can remain positive in defeat and seize the opportunity to learn, your players are sure to follow suit. And poker can teach you how to do that.

Take online poker for example. If you sit at the computer for an hour or two, you might play dozens of hands. In that time, you’ll probably lose or fold about 80 percent of the time. Scratch that, it could be 100 percent of the time. But as the pros say, all that time you’re learning about the game and getting experience under your belt that helps you in the future. Just like strategic thinking, accepting a loss as part of the game becomes second nature to you, and you can carry this into your coaching role. Learn this one, and it could even help keep your blood pressure in check!

The most beneficial aspect of playing poker is the ability to make decisions on the fly. When playing, you’re often faced with unexpected scenarios, and you have to adapt your strategy and change your style of play. You might even decide to fold and wait for a better opportunity to win later down the line.

The average person needs to carefully think when making decisions like this that have far-reaching effects. The poker player, on the other hand, makes that decision in a split second based on their understanding of the probable outcomes. Now, let’s think about that.

What scenario would require a coach to analyze the facts before them and decide on the spot? We’re not going to answer that question because you already know. The truth is, however, that not everyone has that ability, and unfortunately, those who lack it may not make the greatest of coaches.

Thankfully, although it comes naturally to some, it still is a learnable skill. Now, you can try all kinds of games to help you unwind and improve your decision-making abilities at the same time. Chess, bridge, even simple games like UNO, but few can hold a candle to poker.

There are very few games that are high pressure yet enjoyable at the same time, and this is what attracts a lot of people to poker. The chance to pit your wits against your family and friends is always welcome but even more so when there are stakes on the table. And when you factor in all these benefits that could not only improve your coaching skills but also, your life skills in general, you have to wonder why you’re not playing the game every single night!