Set the scene: one team with 6 losses vs one team with none.  15-0 vs. 9-6.  State Championship.  December.  Cold brisk air.  That undefeated team averaging 53 points per game.  Could they be beat?

Yes, they could!  And Del Oro proved it!  Del Oro (Loomis) defeated Camarillo, 16-13 to win the California 2AA State Championship in 2015.  This was their third appearance in 5 years in the State game, and their first Championship.  Thank you to Coach Casey Taylor for giving us some insight in to their season.

Character Development and giving back to our community.

Dealing with adversity, we were 2-6 at won time and won 8 straight games to win the State Title

Believe in the process and stick to it

We have 2 coaches that pick themes for the year.  Usually a book that we will go through together. 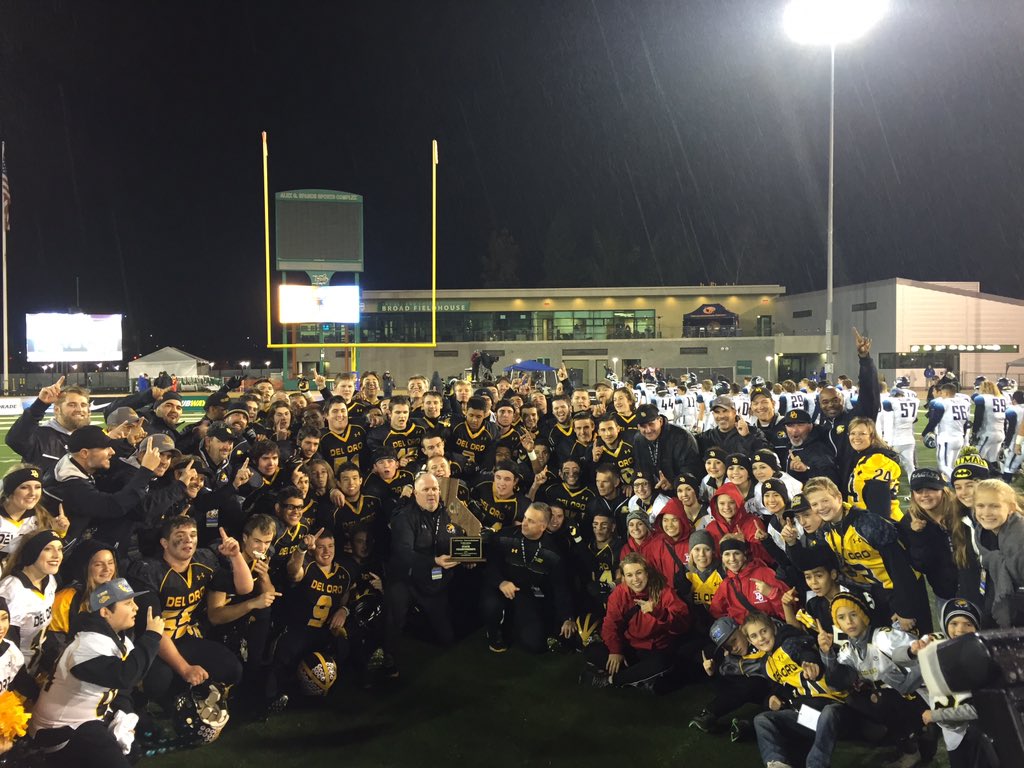 Fundraising and getting coaches on campus teaching

Thank you Coach Taylor for participating in the CHAMPIONS LOCKER ROOM Series, and congratulations to your team!