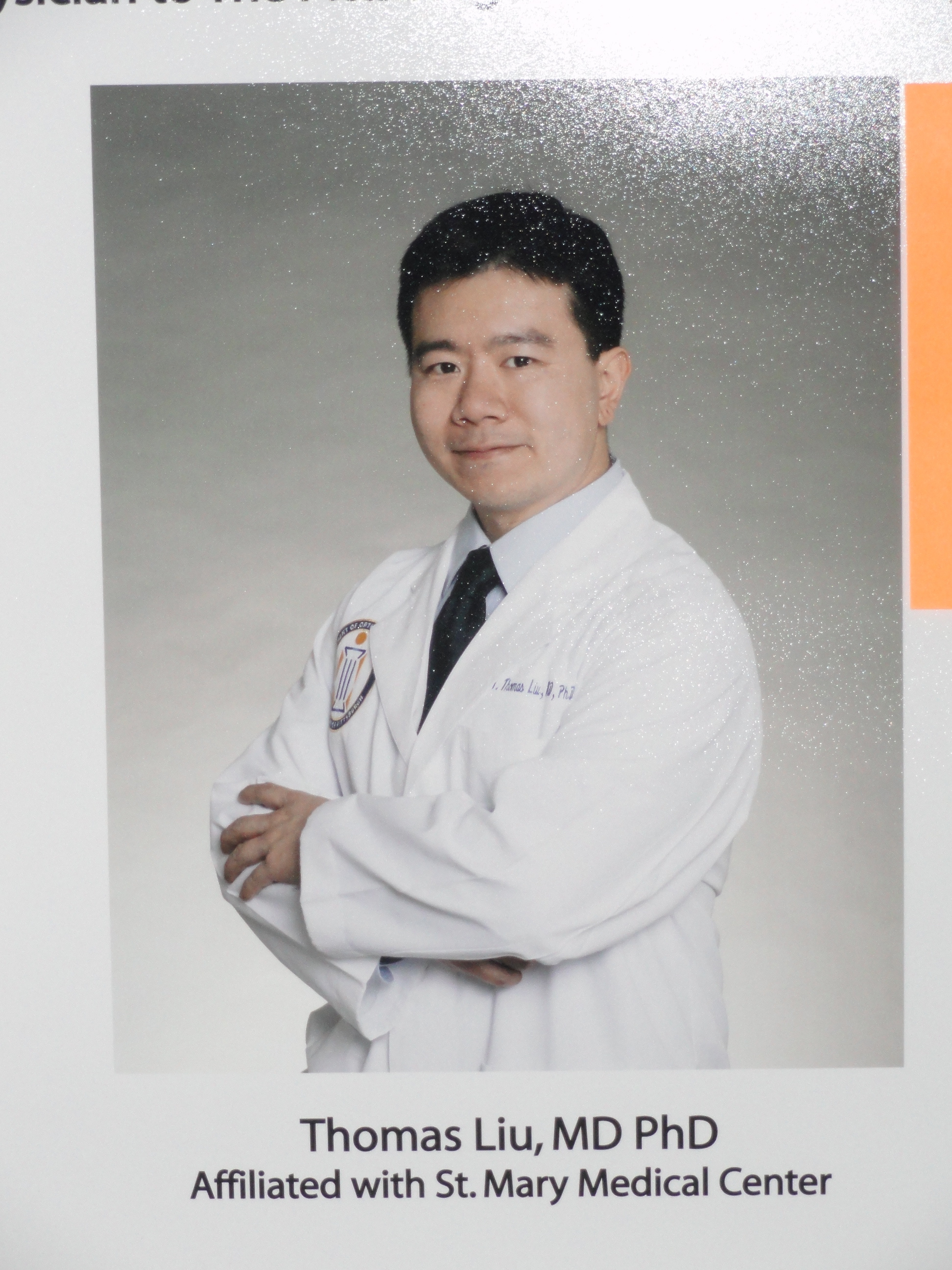 On Wednesday August 8th, approximately 40 football players from Excelsior Charter School in Victorville, California got a welcome break from 100+ degree heat as they packed in to Dr. Thomas Liu’s Southern California Bone and Joint office.  Air conditioning served as a relief for the teenagers as they sat to wait to take the Impact Test. I’m the Athletic Director and Special Teams Coach for the Eagles.  I’ve used the Impact Test before, and it served my former team very well as one of the tools to help doctors determine the severity of a concussion.  With that background, and wanting to help establish some new protocol for concussions at Excelsior, I contacted Dr. Liu.  It just so happens one of the top doctors in the nation regarding the care and management of concussions is right here in our backyard; literally 300 yards from our football field!

Dr. Liu completed his orthopaedic surgery residency at University of Pittsburgh Medical Center (UPMC) under the world-renowned Dr. Freddie Fu. He continued his sports fellowship at UPMC, where he helped take care of the defending world-champions Pittsburgh Steelers and Pittsburgh Penguins along with numerous collegiate teams.

During his fellowship, he also worked with Drs. Lovell and Collins, who wrote the new NFL guidelines on concussions. (Source: Dr. Liu’s website.)  I was very excited to meet Dr. Liu in order to learn more about concussion management at the high school level.  He is all about the kids, and serving them to the best of his ability.  I find this approach refreshing in this day and age of nightmarish doctor experiences with insurance, co-pays, etc!

Our players were asked to pay $12 for this test.  If they weren’t able to come up with the funds, the school covered the costs.  Dr. Liu had 8 computers set up for us to take the test; this meant 8 kids were able to take the test in the total privacy, one person per room.  He shut down his office to make this happen for our team.  The length of the test varies for every player.  I would guess that the average length of time was about 16 minutes or so.  After each and every test, Dr. Liu had a private one on one consultation with the players.

During this time, he went over their test results, shared the numbers and what they meant.  But more importantly, he did a great job of explaining exactly what a concussion is to these kids.  He also went over some of the signs and symptoms to look for in themselves and their teammates.  Most of the players I spoke with afterwards enjoyed this one on one time the most.  It took about 3 hours for all 40 players to go through the Impact test and the consultation with Dr. Liu.

I would highly suggest every football program in America do some sort of baseline testing for their athletes.  This will greatly aid for medical staff for the care and management of concussions in your program.  I wouldn’t be surprised if 5 years from now, we see this as a mandatory, state mandated law in most states.

Head Coach Bill Rivera said “We are trying to establish a baseline for our athletes making sure we provide maximum protection for our players using all of the education and technology that is out there for us to take advantage of.”

Junior linebacker Justin Hoover: “It was a memorization and action time test, with a lot of shapes and colors.  I think it can be very helpful to determine if we’ve had a concussion or not.  The Impact Test was fairly simple and it makes me glad that our Coaching Staff cares about our health.”

Senior linemen Jacob Ramirez told me “It definitely checks your memory and reaction time.  Dr. Liu explained what a concussion is and how we can help ourselves and our teammates.  Now I will be on the lookout for myself and other teammates.”

Senior lineman Ryan Sanburg: “I learned a lot about being on the lookout for concussions, what causes them and how to identify them,” said senior Ryan Sandburg.  “Dr. Liu explained a lot about concussions to me.  I’ve never had a concussion, but now I know what to look for.”

Assistant Varsity Basketball Coach and football parent Elvis Gibbs: “I’m very appreciative of the coaches taking their time to do this program. It’s something all of our students need to be doing.  They will now have a baseline for my son if he has a concussion.  For the future of his life, they will know if a concussion has effected him or not.  This is a proud moment for me, this is special for Excelsior.”

Senior quarterback Darren Corbin: “I think this was good because when you get a concussion you can’t react that fast on the test.  So, it’s good to know what’s going on.  I scored a 99% on my memory, but my reaction time was a little low.  Next time I take the test, if I have to take it, they will know if my memory and reaction are worse because of a concussion.”

WHAT EXACTLY IS THE IMPACT TEST?

(I’ve simply cut and pasted the following from the Impact website to here.  I hope this is okay Mr. Impact lawyers!)

Developed in the early 1990’s by Drs. Mark Lovell and Joseph Maroon, ImPACT is a 20-minute test that has become a standard tool used in comprehensive clinical management of concussions for athletes from age 10 through adulthood. ImPACT Applications, Inc. was co-founded by Mark Lovell, PhD, Joseph Maroon, MD, and Michael (Micky) Collins, PhD.

Given the inherent complexities of concussion management, it is important to manage concussions on an individualized basis and to implement baseline testing and/or post-injury neurocognitive testing whenever possibe. Neurocognitive assessment can help to objectively evaluate the concussed athlete’s post-injury condition and track recovery for safe return to play, thus preventing the cumulative effects of concussion. In fact, neurocognitive testing has been called the “cornerstone” of proper concussion management by an international panel of sports medicine experts.

ImPACT can be administered by an athletic trainer, school nurse, athletic director, team doctor or psychologist, provided that they have completed training in the administration of the test. Post-concussion care and the management of concussion should only be administered by professionals with specialized training in concussion management. ImPACT assists doctors in making return-to-play decisions and should never be used as a stand-alone tool or as a diagnostic instrument.

ImPACT is the most widely used computer-based testing program in the world and is implemented effectively across high school, collegiate, and professional levels of sport participation.

The test battery consists of a near infinite number of alternate forms by randomly varying the stimulus array for each administration. This feature was built in to the program to minimize the “practice effects” that have limited the usefulness of more traditional neurocognitive tests.