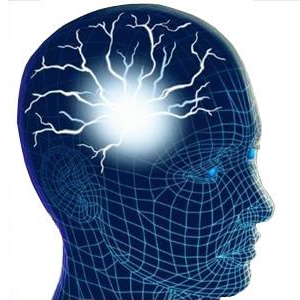 The Mental Approach Part 1 can be found here

How imagery can be used to enhance

The book Sport Psychology For Coaches by Burton and Raedeke is one of the best books I have ever read in the area of coaching and sports psychology.  One of the things that I never really practiced before as a coach before encountering it in this book and my Sports Pscyh course is “Imagery.”

Imagery means using the senses to create or re-create an experience in one’s mind.

Imagery takes place in one’s mind and is an excellent tool for athletes because it allows them to use the mind, something every athlete has, to enhance his or her playing abilities.  An athlete’s mind is the most powerful muscle in their entire body; yet most coaches fail to realize this aspect of coaching, thus failing to use imagery as a tool to help their athletes and teams.  Coaches get so tied up in the daily aspects of the physical side of coaching that they simply fail to remember that there is mental approach to athletics that in many cases can be just as important. I think that one reason so many coaches fail to coach the mental side of athletics is because they don’t have a background or training in it.  It’s one of those things that you need some education in; unless you have some background in psychology or have taken courses in psych. etc.Athletes should “visualize” the plays in their minds that are in their immediate future.

For instance, every Thursday during my football season, we “walk thru” the ten plays in our offensive script before we actually practice them on the field.  We do this in a pre-practice meeting.  I will literally turn the  lights off and have the players sit in chairs or lay on the floor.  Then, I try to set the scene of the next night.  I talk about playing under the bright Friday night lights, what it will look like, smell like, sound like, etc. I try to paint the picture for them in their minds.

Next, I will say “First play – Base Right Strong.  What are you doing on Base Right Strong?  Visualize yourself running this play.  It is on “one.”  Ready, – ‘down set hut.’”  The players are then to “run” through this play in their minds. I want them each having success on this play in their minds.  By this point in the week, they have already seen their opponent on film many times.  They know what number he will be wearing and the color of his uniform!  He will have a good idea of what that player across from him will be doing on this specific play. I strongly believe that imagery should be used by coaches and athletes to enhance their attention to the task at hand.

Doing so will help strengthen their self-confidence.  If an athlete has played out in his mind going through certain parts of the upcoming game, they are able to gain confidence because they have already been there and done that in their mind – the most important muscle of the body.  During imagery athletes need to work on blocking out external stimuli.  This will help them during competition to go to that place of imagery where the distractions were not present and did not take their focus a way from the task at hand.