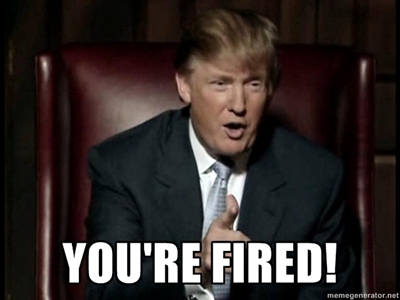 I’ve been a Head Football Coach for 8 years, and luckily have only had to fire one assistant coach.  It was an interesting situation. I was hired by a private school in Orange County, CA.  They had a young coach on campus there who started working with the kids right after their 0-10 2005 season.  They won 2 games in 2 years while he was on staff.  He wanted the head coaching position.  But he was young, and inexperienced.  The school choose me.

He was the Defensive Coordinator, and although I knew he by no means had the experience to be the DC, I was hired so late that I was stuck with him as the DC.  I didn’t start there until late May.  So, after meeting with him, I decided to keep him on staff.  He went to school there.  He was very well-liked.  The kids loved him.  Admin told me that it was totally up to me.

I knew that he didn’t know football well enough to be a varsity football coach about 3 minutes in to our conversation.  But, I made a decision that he could stay on board with us, and I would help to mentor him, and teach him the coaching profession.

It was a long season with him on board.  And just a few weeks in (although we won our first two games after they hadn’t won a game the previous season!!), he became a cancer.  He was jealous.  He was jealous that he wasn’t the Head Coach, and that the kids and parents bought in to what I was doing.  That was all there was to it.

I reached out to the Defensive Coordinator I worked with from 2001-2006, a great friend of mine, and he drove 75 miles one way 3 days a week to help me out at about the half way point in the season.  I named him the for the last four games.

I thought doc below would be informative for assistant coaches to see.  It is the document I created for my admin when I decided to fire him.  I’ve removed the coach’s name, for obvious reasons.  He never returned to coaching after that, sadly.

I fired him on November 19th.