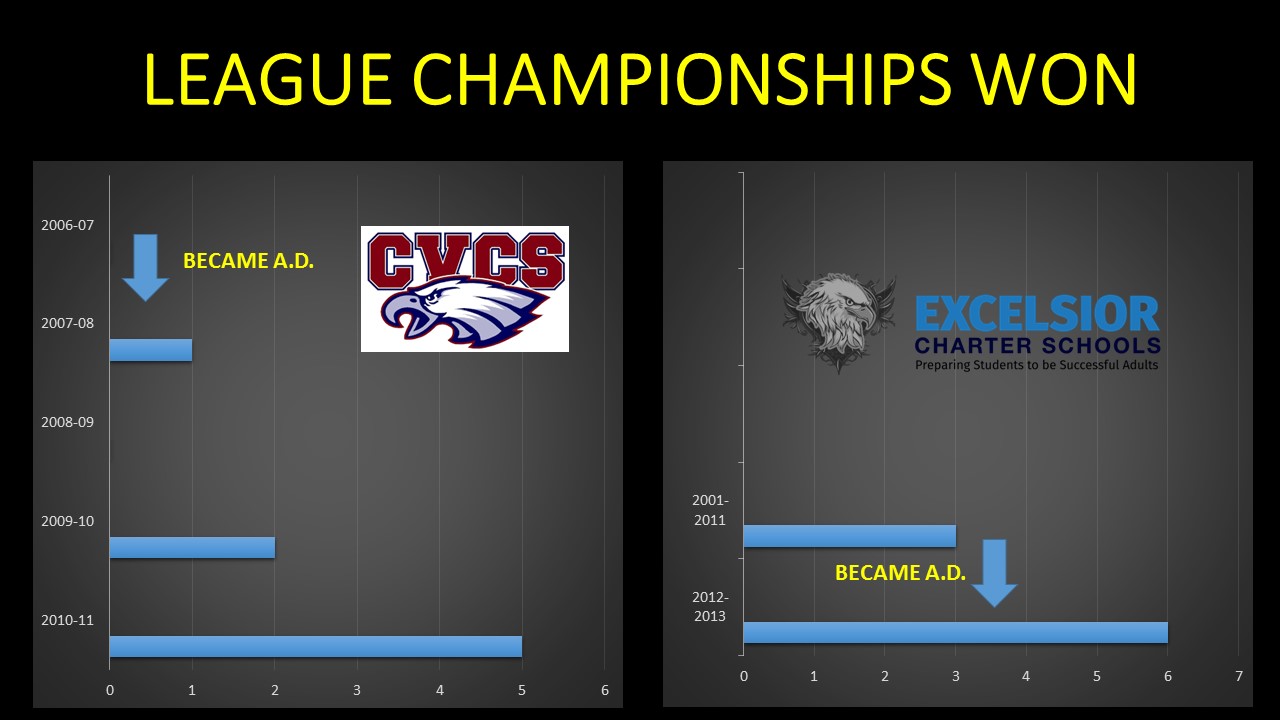 I LOVE being an Athletic Director!

I have spent time in this great position at two different schools: Capistrano Valley Christian School and Excelsior Charter.  CVCS is a private, college prep school in South Orange County, California; one of the wealthiest places to live on the planet.  Excelsior is a public charter school in Victorville, California, where 26% of the city lives beneath the poverty level. ($78,145 median income vs. $45,895 median household income.)

I use those stats to show the diversity of schools I’ve been an AD at.  Those two places are VERY different.  And I loved being an Athletic Director at each of them!

I first wanted to be an Athletic Director when I was a junior in high school.  I had a free period during the day, so I asked my Head Football Coach/Athletic Director if I could be his T.A. (teacher’s assistant).  He said yes.  I was hooked!  To me, as a 16 year old helping him with a variety of tasks everyday, I thought: this isn’t work!  This is what I want to do!

At Excelsior we won 6 League Championships in the 2012-13 school year.  As far as I know, these are still the school records.

VISION and MISSION of the Athletic Director and support of the Administration!  That vision was effective in leading programs to championships. So, how does a school’s athletic program move from winning just THREE League Championships in a DECADE to winning SIX in ONE SCHOOL YEAR as we did at Excelsior?

How does a school move from not winning the league’s CIF Shake For Sportsmanship Award in a DECADE to being recognized for their sportsmanship, and winning this award in BACK TO BACK YEARS, and THREE TIMES in four years?

DEVELOPING THE VISION AND MISSION

My vision for a high school Athletic Department is simple: Build Character and Win Championships.

It is a two-pronged approach that holds both on and off the field achievements in high regard.  The mission is to build citizens who value themselves, their team, their school and community in order to build people of high character. The second part of the mission is to build teams who compete for championships not based on talent, but a non-negotiable work ethic.

When I first got up in front of the Head Coaches at CVCS of my two pronged vision, they agreed we did a good job on the first part: developing great people.  But they laughed at my second vision: to win championships!  I was taken aback by their attitude towards that.  The same EXACT thing happened at Excelsior.  When I told them we wanted to compete for championships in every sport, a few coaches laughed.  I told the room that if they didn’t believe we could win championships, then they needed to turn their keys in!

Sharing a vision with people who cannot see the same vision as you can be a difficult thing.  So, you need to take time to spell it out further.  Some people need direction to see your vision.  For instance, I had one head coach who just wasn’t understanding what I meant when I said I wanted to see his teams compete for a League Championship.  He thought that he would be fired if they didn’t win one.  I told him no!  That’s not what this is about.  The vision is that we will win more than we are now.  But that doesn’t happen overnight.  It is a process.

We started talking about winning championships by talking about how he recruited the hallways on our own campus. He didn’t do a very good job of that.  He needed to do a better job with just building his team, getting more numbers involved.  Then, we spoke next about his coaching staff.  He had some good people coaching with him, some of his good friends, but the staff wasn’t very knowledgeable.  I knew that they wouldn’t be able to move the program forward, to be more competitive.  We spoke about adding coaches to his staff with more knowledge, and re-assigning some varsity guys to JV or Freshman, to spend time learning more about the game and how to coach.  This is how I shared my vision with this coach, over lunch, for a few hours, talking about how to make his program better: on and off the field.

We started putting our vision all over the place: on posters, on flyers, on the website, in the locker rooms, on practice calendars, etc. etc.

Soon, if you were to ask our student-athletes what “The Eagle Way” means they would be able to tell you!  I spoke at as many parent pre-season meetings as I could.  We changed the way banquets were happening.  Instead of every sport having their own, we pulled together all of the sports in each season, had the banquets all together on one night.  (Teams split off after the first 30 minutes to give their own awards.)  I would talk about “The Eagle Way” at these banquets, and we even started “The Eagle Award” to recognize one player from each team who embodied “The Eagle Way.”

During the winter season, the boys basketball team won a League Championship, their first in the history of the school.  And in Spring, the baseball team, and boys track and field programs won their first league championship in school history while the girls added a back to back title.  That made SIX League Championships on the year.

I hope you’ve learned a little more about my passion, and how you go about building success in an Athletic Department.  This is a topic I’m going to write a book about someday!  It’s not a one blog post deal.  But it all starts with this concept: the vision.

More facts and figures from my Athletic Director stints

CVCS: The Athletic Department won the Academy League’s Sportsmanship Award in each of my first two years by putting an emphasis on changing our sportsmanship culture.  We had not won it in the 10 years before I became the AD.

CVCS/Excelsior: Marketing overhaul: Revamped our athletic website, implemented highschoolsports.net for all scheduling so that everything is online and current for our community.  Secured free posters and marketing materials through a business relationship, which also raised funds. 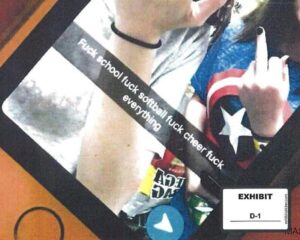