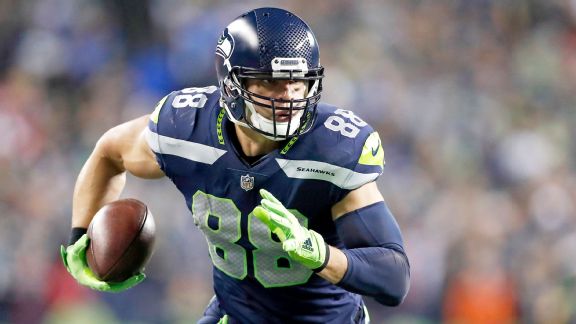 Particularly in America we tend to think of football as being unique. In numerous ways it’s unlike other mainstream sports: the ball is misshapen, kicking and throwing are both parts of the game, offense and defense are entirely separate entities (with entirely separate coaching staffs), and a huge range of athletic types can fill different needs on the field. We might not consciously run through all of these checkpoints when we think about the sport, but they’re among the reasons football feels so different – and to many, so special.

That said, football also involves such a diverse range of skillsets and body types that it actually can make for a terrific crossover sport for other athletes. Case in point, the Eagles just selected a rugby star in the recent NFL Draft. Their hope is to turn the 6’8’’, 346-pound Jordan Mailata – who has supposedly never played football – into an offensive tackle. This got us thinking of what other sports might be setting young athletes up particularly well for future forays into football, and we have some ideas.

Rugby – Rugby is the obvious choice. It’s generally regarded as being more like football than any other sport, and as noted a massive rugby star was just drafted to the NFL without ever having so much as played high school football. It’s a sport that imitates the physicality of football and even has some similar rules and styles of play. One could even argue that the average rugby player is a more versatile athlete given the more consistent pace of the game.

Aussie Rules Football – Many mistake Aussie Rules football for being the same thing as rugby. The two are quite similar – especially to the naked eye if you’re unfamiliar with the rules – but they’re technically different sports. Nevertheless the same reasoning applies here. It’s a sport that teaches football-like physicality and demands high levels of athleticism and fitness, with some elements being quite similar to American football. This sport is also often played without pads, which naturally toughens players up a great deal even if it’s not ideal for safety.

Gaelic Football – This is yet another sport that some Americans might confuse either for another version of rugby or for a traditional Irish game. In a way, this makes sense. Gaelic football is often lumped in with hurling, and both often referred to collectively as GAA (the name of an organization that promotes indigenous Gaelic games internationally). On its own however Gaelic football is fairly football-like. It’s played between two sides of 15 on a rectangular field, with a spherical ball. As with rugby and Aussie Rules football, it promotes similar game play and physicality.

Soccer – Some American football players frown upon soccer as something that’s somehow soft. While it’s true that it’s less physical than the above sports, however, soccer is fairly rough at the highest levels, and certainly teaches a level of fitness that can help some cross over to football. More specifically however, it can train kickers. The average high level soccer player has no problem effortlessly launching a ball 50 yards or so; it’s a wonder more football coaches don’t look to soccer when recruiting kickers. Basketball – Finally there’s basketball, which has been proven to produce athletes who wind up playing football. In some ways this is merely down to size. These are two sports that welcome people 6’5’’ an above who are still agile and athletic. In ways it’s not surprising that a good power forward could wind up making it as a tight end. For that matter, a basketball point guard is also one of the few positions in sports that prepares someone mentally to be a quarterback. This has all been backed up by numerous college basketball players who have made it in the NFL.

For coaches looking to get creative with their teams, even at lower levels of the sport, this is all worth keeping in mind.