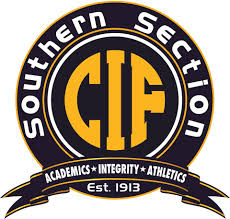 The 2018 CIF SS Football Playoff Divisions are set to come out public this week (June 7th).   There were “leaked” last weekend.  I had a few coaches send me screen shots of different divisions, etc.  There are some really big jumps this year.  Teams being bumped up 3-4-5 Divisions, which is wild to me.  Every time they come out, there is quite a bit of “hub bub” about this. This year will be no different!

I’ve always thought it would be best to put teams into playoff divisions AFTER the regular season.

Any “system” would have some quirky things to it.  Nothing is going to be perfect.  You just will NEVER be able to please 447 schools; that’s how many played football in the Southern Section in 2017.  It’s a HUGE section, larger than many states.  So, obviously, playoff scenarios are never easy.

But what if the divisions were made AFTER the 10 week regular season.  I’m a teacher, I had today off; thank you summer!  So, I emailed the fine folks at Cal Preps, specifically Ned Freeman, who is famous for the “Freeman Ratings” that MaxPreps uses.  I asked Ned if he had the rankings from the 2017 season, after the regular season still available.  Sure enough, he did!  Thanks Ned!  (Always been a big fan of your work by the way!)

So, just for fun, I took these rankings and broke them down.  This was about 45 minutes of work, easy.  I love football, and Microsoft Excel!

I created an Open Division.  Let’s put the top 8 teams in the Southern Section into an “Open Division” and give them a bye.

Here is what the 2017 CIF SS “Open” Division would have been if put into division AFTER the regular season. (Remember, this is simply putting the teams in order based on the Cal Preps Rating.

Like I said, each and every system will have faults.  I really have no idea what all of the faults of this system would be.

Check out my google spreadsheet on this to see all of the divisions.  You’ll see some notes about every CIF Champion, where they would be, and even every team who played in the Semis.

My good friend Mike Stauffer was the Defensive Coordinator at Patriot High School in Riverside last year.  They had a very good season, and ended up winning a playoff game in Division 12.  That team, according to this system of just ranking the teams, would have been the very first team OUT of the playoffs.  Not far behind them is perennial small school powerhouse Rio Hondo Prep.  They also made it to the quarter finals last year in Division 13, and would not be in the playoffs.

Then you have a school like where I teach, Sultana High School.  They play in a very tough league, the Mojave River League.  Apple Valley was the League Champ this year, and played in the Semis in D10.  Burroughs in that same league played in the D9 Championship in 2017.  A few years ago, the traditional top two schools in that league, Oak Hills and Serrano, played for the CIF Championship in the East Valley Division.  Sultana has a very difficult time cracking the top 3 in that league, and reaching the playoffs.  But this system would put them in Division 10.  They don’t shy away from a tough schedule, even before their very competitive league.  This system would reward a team like that because of their ranking.  And I know there are many, many more teams like that.

So, just an interesting idea.  I’ve had this idea for a while.  I know that many coaches think that there should be some alignment AFTER each season.  This is one way to make that happen.  I have NO idea if there are any League Champions left out of the playoffs in this system, there probably are.  (Just too many to look up tonight!)

I had fun realigning the 2017 CIF SS Playoffs.  I’d be interested in hearing your thoughts.  Hit me up on twitter @coachfore or email (Chris@eightlaces dot org)

AND REMEMBER, THIS IS JUST FOR FUN.  SAVE THE HATE EMAILS, DMS.  DON’T WASTE YOUR ENERGY!