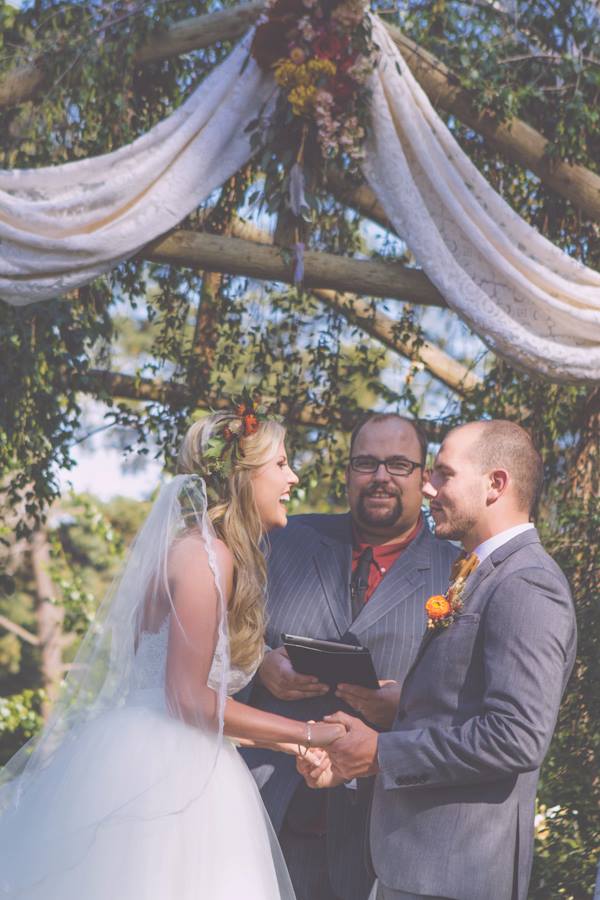 Fore has been asked to officiate three former student-athlete's weddings! He did it with joy!

One day I was contacted by a former player of mine.  “Coach, can you marry me?”  My answer, “I’m already married dude, why do you ask?”  He laughed, I laughed.  “No, no, can you do the wedding?  Can you be the pastor guy up there? We aren’t getting married in a church, so I think you can do it.”  I had never been asked this question, but I did some research on what it takes, and found out that San Diego County had a program called “Deputy Marriage Commissioner for a Day.”  This is where I was able to fill out some paperwork, pay a fee, get sworn in to marry just that couple on just that day, and boom, I was a Deputy Marriage Commissioner for a Day!

I got to thinking last weekend, what if I was a CIF Assistant Commissioner for a Day?

What would I find important enough to put to the front of the pile?  I can’t even imagine how difficult the days are for the hard working men and women in the CIF Section offices.  There are many demands daily: from parents, from coaches, from student-athletes, from Administrators, from community members, from the media, from sponsors, and the list goes on!  (Similar to being an Administrator in many ways!)

But here are four projects I would set into motion if I was a CIF Assistant Commissioner for a Day!

There is no doubt that many of the issues related to violations of CIF Bylaws, I am not saying all, along with the critical issues facing high school athletes today are related to the onslaught of walk on coaches over the course of the last 10-15 years.  Nearly 70% of California’s high school coaches are now “walk ons,” meaning that they don’t work “in the building.”

We have got to do a better job of educating these coaches about Education-Based Athletics.  A high majority of them are great men and women working for peanuts because they love the sport they are coaching, and the kids with whom they work.  But they don’t necessarily understand the philosophy off the field, the court, or the pool, that being an extension of the classroom.

The current certifications needed – Fundamentals of Coaching, First Aid/CPR, Heat Illness Prevention, etc. – are great certifications for coaches to have.  They address the physical needs of student-athletes. But they do not help to eliminate some of the main problems we have in the current landscape of athletics here in California.

My vision here is that every coach needs to attend an in person or online training created by their Section CIF Office that is roughly 90 minutes in length.  This will need to be done one time every four years. This training will be FREE for coaches. Administrators will be trained to facilitate this training to the coaches in their district should they wish to provide an in person training.

Topics will include: the philosophy of education-based athletics, the CIF bylaws, the violations most commonly perpetrated by coaches and schools, and whatever other “hot topics” are specific to each of the 10 CIF sections.  This way coaches can’t say “I didn’t know” when they are caught with their hand in the perpetual cookie jar.

Yes, I know it is one MORE training.  But I know the benefit to student-athletes, the game they coach and the schools they serve will benefit greatly from a 90 minute investment every four years.

The fact that we still have MANY Athletic Directors teaching 2, 3, 4 classes during the day, and then expected to also manage the day to day operations of a high school athletic department is archaic.  (See #1 for just one of the MANY reasons Athletic Directors spend more time today being an AD than they did just 5 or 10 years ago. Working with so many more off campus coaches stretches an already thing AD that much more.)

Athletic Directors are spending more and more time with athletic clearance paperwork as the demands there have gone from turning in two pages when I was playing high school sports in the early 90s to now collecting 8-12 pieces of information for EVERY single student-athlete.

Athletic Directors are spending more and more time collecting coach certifications as those have gone from just First Aid/CPR training to 6-8 different certifications.

Athletic Directors are spending more and more time problem solving with parents in 2020 than they did in 2000!  The list goes on.

We know why school boards and Superintendents do not employ full time Athletic Directors: finances.  We have got to change this in the coming years, and I strongly believe this needs to come from the CIF Section offices.

I’ve seen a lot of different ideas out there to help curb illegal recruiting and the shenanigans that are happening up and down the state, but I have never seen one like what I am proposing here: hold Administrators responsible!

In most of these schools where we see far too many transfers, especially following a brand new Head Coach, we see a cultural issue.  We see Administrators turning a blind eye to what their Athletic Directors and or Head Coaches and or Assistant Coaches are doing.

What if we started holding Administrators responsible for the illegal activity happening in their sports programs?

I propose developing a committee consisting of Superintendents from the Section who will help to oversee infractions made by schools specifically in the area of illegal recruiting.  Let’s call it the “Superintendents’ Committee on Recruiting Violations.” (Superintendents would be able to send a proxy in their place, an Administrator on their staff.)

What would the “punishment” be?  I don’t have that answer. But hold up, don’t throw this idea out just yet!  Let’s allow member schools to decide on what we should do to hold Administrators responsible.  I propose some sort of monetary fine that the district will be held accountable for, along with a public document that shows which Administrators have violated the By Laws.  Again, CIF Section member schools would need to develop this idea, and help to build the framework for it.

Imagine an Administrator being held accountable for Coach XYZ being found guilty of illegal recruiting.  Do you think that coach won’t also face district consequences? That’s the point. We hold Administrators and thus coaches more responsible for their actions.  We don’t hurt the kids eligibility if we truly want this to stop: we start with Administrators who are allowing it to happen, period.

One No Questions Asked Transfer During High School Career

This one will be controversial, and I get it.  Many coaches out there won’t agree with me. Just hear me out.

Like many of you coaches, I’m “old school” when it comes to the idea of transferring. I grew up in a “one horse town.”  I grew up in the great “Village” of Fallbrook where every kid in that town, and Bonsall and Pala and most of Camp Pendleton attended one school: Fallbrook High School.  In the early 1990s, you would not have THOUGHT about attending another high school! We ALL wanted to be Warriors, period! But this isn’t 1990 anymore . . . .

The world is smaller now.

I didn’t have any friends from other surrounding cities back then, and neither did my friends.  Social media, the internet and club sports have changed this for teenagers today. We live in a world now that is much smaller than it was when I was in high school.  News happening in any other country is almost simultaneous. Like Bob Dylan says “Times they are a changin.” I would argue that they already have.

And I understand the importance of education-based athletics.  Kids should be in school for their education first and foremost, not for their athletic career and or teams.  But, sometimes kids have a valid reason to change schools that may or may not have to deal with athletics. I once had a senior transfer to me who didn’t fit ANY of the transfer boxes per CIF.  I had to tell this athlete, I’m sorry but you can’t play your senior year. NONE of the boxes fit this student-athlete specifically. There have got to be exceptions made.

I would propose a one time transfer without penalty no matter what the reason for a transfer.  You gain immediate varsity eligibility with your first transfer. No matter the reason for a transfer, you will be able to play varsity athletics.  As long as the school district accepts you, go. Have your eligibility immediately in the next season after you make the move. (You can’t transfer in during the season and use this “NQA Transfer” to gain immediate eligibility.)  Obviously, the rule about a bona fide change of address would still apply, and if you make that move at any time during high school, you would also have immediate eligibility.

Why endorse this one time NQA transfer?  Because I truly am in this world of education for the kids.  And I believe at the end of the day, we error on the side of the kids.  Giving them a little more freedom in this area, in 2020, is the right thing to do in my opinion.

Well, what do you think of these four ideas?  Worthy to push to the front of the pile if I was a Commissioner for a Day?