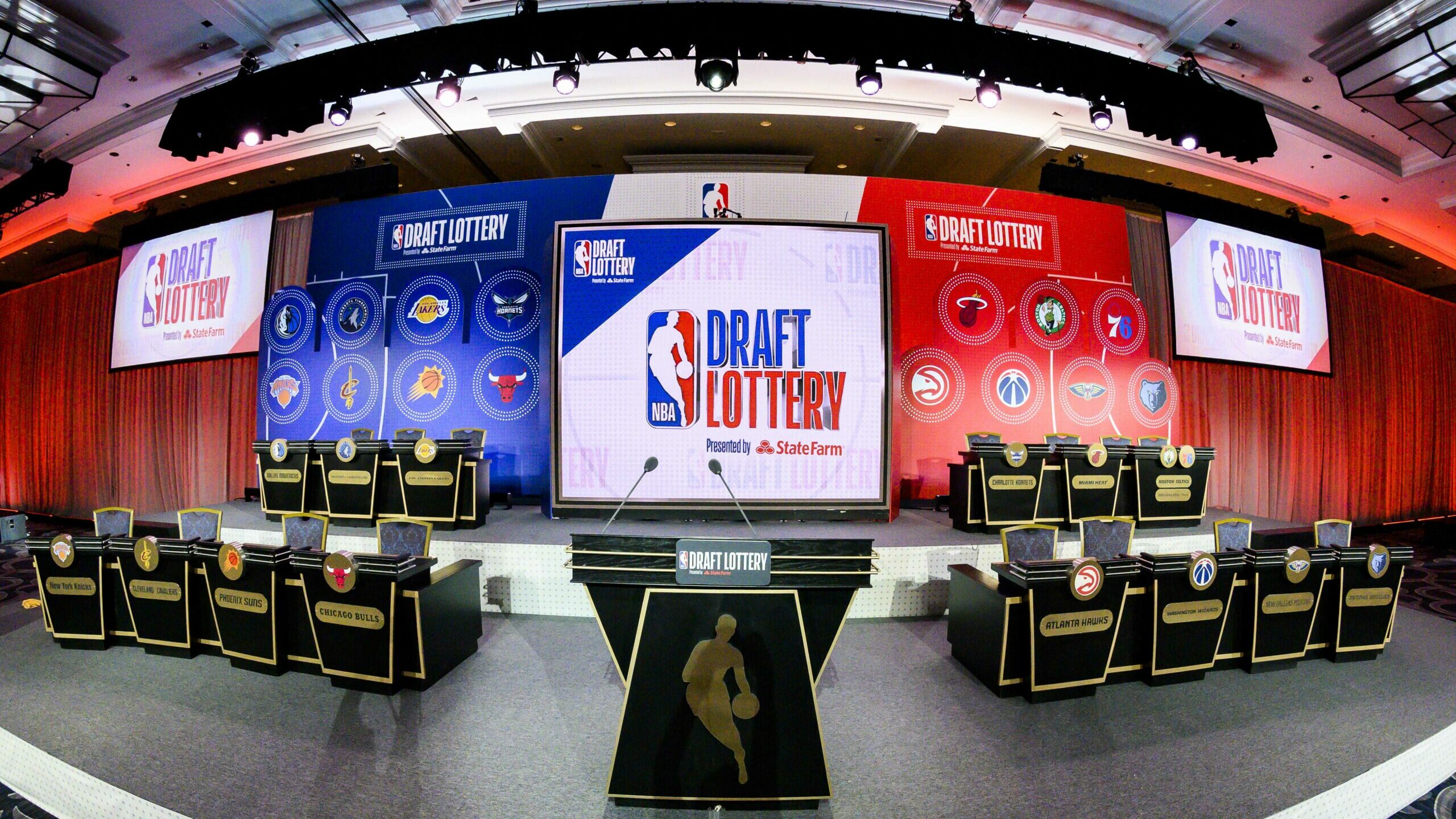 May 14, 2019; Chicago, IL, USA; A general view of the stage prior to the 2019 NBA Draft Lottery at the Hilton Chicago. Mandatory Credit: Patrick Gorski-USA TODAY Sports

We may be in the middle of the NBA playoffs, but the anticipation for the NBA Draft is already building. The draft will take place on July 29th this year, as franchises can begin planning for next season.

The draft will be crucial to a number of teams, as they look to snap up the young players that they can shape their teams around for years to come. But, which young stars are the most interesting in the draft this year?

The likely top pick in the 2021 NBA Draft will be Cade Cunningham from Oklahoma State. He stands at 6 ft 8 in, and has enjoyed an excellent season this term. He has averaged 20.1 points per game this season, as well as 6.2 rebounds and 3.5 assists.

Cunningham has averaged 43.8% from the field, and 40% from beyond the arc. There will certainly be no lack of suitors for the strong shooter, with the Houston Rockets among the franchises that will be looking to make their move.

Evan Mobley is another player that the NBA sides will be keeping a very close eye on during the draft, as the USC Trojans center will be among the first names selected this year.

He has played 33 games this season and has averaged 33.3 minutes on the court. His shooting percentages are very strong for the season, as he has averaged 57.8% from the field and 30% from three-point range.

Mobley has also averaged 8.7 rebounds per game and 2.4 assists. There are still questions regarding whether he could be a leading first or second scorer for a team in the NBA, but he will be a hot commodity when it comes to picks.

Gonzaga have produced no shortage of stars in the NBA, and the next player looking to follow in their footsteps in the 2021 Draft will be Jalen Suggs. Suggs is currently ranked as the third-best player in the NBA Draft this year by ESPN, and the SG is likely to be among the first start that is selected. He has an excellent frame, and is a powerful player.

Many have also been impressed by his decision making on the court, and he could be an excellent defender for any franchise that is able to acquire him. Suggs have averaged 14.4 points per game this season, and has averaged 5.2 rebounds and 4.5 assists. He has averaged 50.3% from the field and 33.7% from three-point range. One question that scouts will have is whether he will have the ability to score consistent points in the NBA at the top level.

Power forwards may be one of the hot commodities in the NBA Draft this year, and Jonathan Kuminga will likely be the standout player for any franchise looking to strengthen that position. Kuminga has played 13 games for G-League Ignite this season, and has averaged 32.8 minutes on the court.

He has averaged 16.8 points per game, and makes an average of 0.8 blocks and 1.0 steal per game. Kuminga could be the standout option due to his size, as he stands at 6 ft 8 in, and has a 7-foot wingspan.

He has all the abilities that a franchise will be looking for this year, as he has power, strength and is quick around the court. Many franchises will be looking at his services, but he could tick a lot of the boxes that the Toronto Raptors will be looking to fill after a disappointing season.

If you want to start building some hype for the NBA draft, the best way is to read interesting facts like this list of the tallest players in the history of the league: https://edge.twinspires.com/nba/the-tallest-players-in-nba-history/

Tacko Fall, from the Celtics, is the tallest in activity but there are many other interesting names in the article. Take a look!