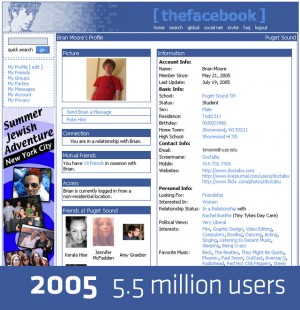 Last week I had three discussions with Head Football Coaches who are each heading in to their first season as the head guy this Fall.  (Congratulations to each of them for their new appointments!)  They each reached out to me to ask my thoughts on following players via Social Media.

My personal philosophy about following players on Social Media dates back to 2002 when I first heard about the Social Media site MySpace.  One day a female student asked me, “Coach Fore, do you have a MySpace?”  It was out in the quad during nutrition break.  I was talking with about 7-8 students, and they all laughed when she asked about this.  I had never heard of MySpace before.  I asked some of my players later that day what MySpace was.  Boy did I feel out and out of touch.

I have tried very hard for a long time to stay “up to date” with the current trends and cultural events having to do with teenagers.  I’ve been working with teenagers in either the church or school setting since 1995!   I worked at a church for 6 years before getting in to education in 2001.  Working with teenagers has been my life calling so I’ve always been intrigued by youth culture, reading studies about it, investigating it, etc.  So, I was a little embarrassed that day to say that I didn’t know about MySpace.  I looked it up briefly, thought it was pretty silly, and discounted this newfangled thing called “Social Media;” although we did not really call it that back then.  (Staying up to date on Social Media and the apps now a days is almost impossible!  There are SO many.  Just came across a relatively new one called SECRET this week.  These new anonymous Social Media sites/apps are very interesting, and scary to me.)

A few years later, Facebook came on the scene at the private high school in Southern California that I was working at.  I saw a sticker on a kid’s notebook one day.  And so I looked in to what Facebook was.  This was in 2005.  I created an account, and started looking at some of the players and kids from my classes.  Back in those days, the Facebook security isn’t what it is like today.  You could basically see anyone, you didn’t necessarily have to be “friends” with them as I recall.  Or maybe you friended them but they didn’t have to accept it for you to be friends, I can’t remember.

I was flooded with a lot of different emotions that one weekend when I looked at as many kids from my school as I could on this new website called Facebook.  I was intrigued by what I was seeing.  I was the Chaplain, Head Football Coach and Bible teacher at a Christian school at the time.

What I quickly learned that weekend was that many of “my kids” were not necessarily who I thought they truly were.

Kids that I thought were great Christian leaders were getting blitzed with red cups on the weekends.  Kids who didn’t say two words in class word paragraphs about their opinions.  Others who I thought were happy with life, were very depressed.  Kids who I thought came from great, supporting families shared sad and scary statuses of who their parents were like being the façade.  I learned a lot about parents and home life!

I saw some of our administrator’s kids, and fellow teacher’s kids.  I was shocked by some of the stuff I saw from some of these kids too, because their parents would be heartbroken and blown away by what some of these kids were saying and doing with their lives.  It was so weird to me that these kids didn’t have a filter at all.  Yes, I got drunk on the weekends with my friends in high school, but I didn’t advertise it.  We kept that stuff as hidden as possible.  We were petrified of being caught doing these things that kids were showing the world.

I was totally perplexed on what to do next.

Was this really any of my business?  Did I have the “right” to tell their parents?  Should the kids drinking, smoking cigarettes, talking about weed get in trouble?  Should I report the cheating on assignments I read about to their teachers?  This was stuff happening off campus, and away from our school’s policies.  Should I contact their parents? What is my roll here as a coach?  A teacher?  A Chaplain?

I emailed our principal that next Monday, and said, “Hey Mike, can you add ‘Facebook’ to our meeting agenda for Thursday?”  He responded by email “What’s Facebook?”  (Man, that’s funny to think about these days right?!)  I told him “Just a concern I have, will share in the meeting.”  So, we get to that agenda item on the meeting, and I asked the staff, about 30 teachers, who had been on Facebook or heard of Facebook.  Only ONE teacher raised their hand.

I shared about ten or twelve things that I had seen that weekend online. I didn’t share any names, or even any titles like “The ASB president threw a huge kegger Friday night.”  I just said “here are some of the disturbing things I saw this weekend.”  The teachers were blown away at what I was sharing.  Some of them simply didn’t believe me.  Most of them were saying “Why are these kids even putting this stuff out there for the world to see?”  That is what I was trying to figure out myself.  Many teachers started accounts that day, and were also blown away at what they were seeing.  I started talking about Facebook in my classes.

A few days later, I put up a writing prompt on my board as kids came in the classroom.  “Facebook is . . . . . “  I told kids to just write their thoughts about Facebook.  They were instructed to write a paragraph filling in the blank after the statement.  I told them not to write their names on the paper.  Then, we put the assignments in one big pile, and passed them out to students so that they would see what someone else wrote.  I had volunteers read some of them.  That was a very eye opening day.

Kids were SHOCKED that their Bible teacher knew anything about Facebook first of all.  I mean they were blown away that an adult like me had created a Facebook account!  Again, really funny to think of 10 years later.  Their emotions were all over the place.

“The school wants you to spy on us.”

“You don’t have the right to look at our pages, First Amendment.”

“There is nothing the school can do to me, it’s my free time.”

“I’m not campus, I don’t care what the school says.”

“Our generation is messed up Coach.”

“We are all hypocrites, every single Christian alive is a hypocrite. Some hide it, some don’t.”

“You better not tell our parents about this.”

“Can the school get a kid in trouble for what we do off campus, on the weekend?”

These are the same issues we face today.  Issues of legality, privacy, etc.

So, what’s the answer?  Should we follow kids on social media or not?

I have maintained the following approach the last 5-6 years: on twitter I allow my student-athletes to follow me, and I will follow them back.  On Facebook, I keep that more private, and don’t allow them to friend me, and I don’t friend them until after graduation.  This has worked for me personally.  I have not worked for a school who had a Social Media Staff Policy in place, so I have had to make my own decisions regarding this.

The reason I do not allow the association on Facebook is because I think it is important to keep some of that professional line drawn, and I think that this approach helps me to do that.  Like most of you, I share more personal things on Facebook than I do Twitter.  It’s not that I have this alter ego on Facebook, that I am a whole different person, it’s just that I want to keep a certain level of privacy, and professionalism that I think is important to keep as a teacher/coach/athletic director, so that’s my approach.

I developed a Social Media Policy for the Athletic department I managed last school year.  There was nothing in place.  I received an email from a school administrator at a rival school about some concerns he had regarding some of our kids and their discussions on Twitter with kids at his school.  Of course, he wasn’t concerned about his kids, just ours; funny how that works right?!  I saw these kids’ tweets, and was pretty ticked off at our athletes.

Then I sat there thinking, “You know what, these kids just don’t know any better these days.”  I am not one to give kids built in excuses, but I did with this.  I think one of the major issues with Social Media these days is that adults have failed kids.  We haven’t trained them on how to be good digital citizens, we really haven’t.  So, I simply told our coach to tell the kids to stop tweeting with these kids from the school across town.

And I set down to work on a Social Media Policy so that we could be proactive in teaching and training our kids on what we deemed to be acceptable and unacceptable as a student-athlete in our athletic program.

When I would meet with the teams to present our Social Media Policy, I told those kids this: “I am not going to follow all of you, and read all of your tweets.  That’s not my job.  However, if things come across our desk here on campus, if what you are saying in the privacy of your own home negatively impacts my programs on campus, I’m going to address it.”

I think this is the real bottom line for us as teachers/coaches/administrators.  How are you going to deal with the information that you see, or that is presented to you?

This brings me to the point of following kids on Social Media.

If you are going to do it, you need to be prepared to follow up when you see things that are not appropriate.

You are going to need to have a philosophy and approach.

You can’t turn a blind eye when you see inappropriate tweets and posts, or you are doing a disservice to your kids.

Like I said earlier, it isn’t our job to “police” the kids, but I think that if we allow that interaction and relationship online with them, then we are bringing on a certain level of responsibility.

Having that interaction with kids on social media can be a great thing.  In one big way, you are meeting kids where they are at, on their level, and being able to engage them 24/7.  I know that I’ve seen things my players have written, or sub tweeted, and I’ve called them out on it, or I have spoken with them about it.  I have had a lot of great conversations with kids either through DMs or in person the next time I saw them.  That’s a positive thing that can happen when you do engage on Social Media.

Chris Fore is a veteran athletic director and football coach from Southern California.  His consulting business EightLaces.org helps coaches nationwide at both the high school and college level with their career search and program development.  He is the author of Building Championship-Caliber Football Programs, An Insider’s Guide To Scoring Your Next Coaching Job and the Shield Punt e Clinic.